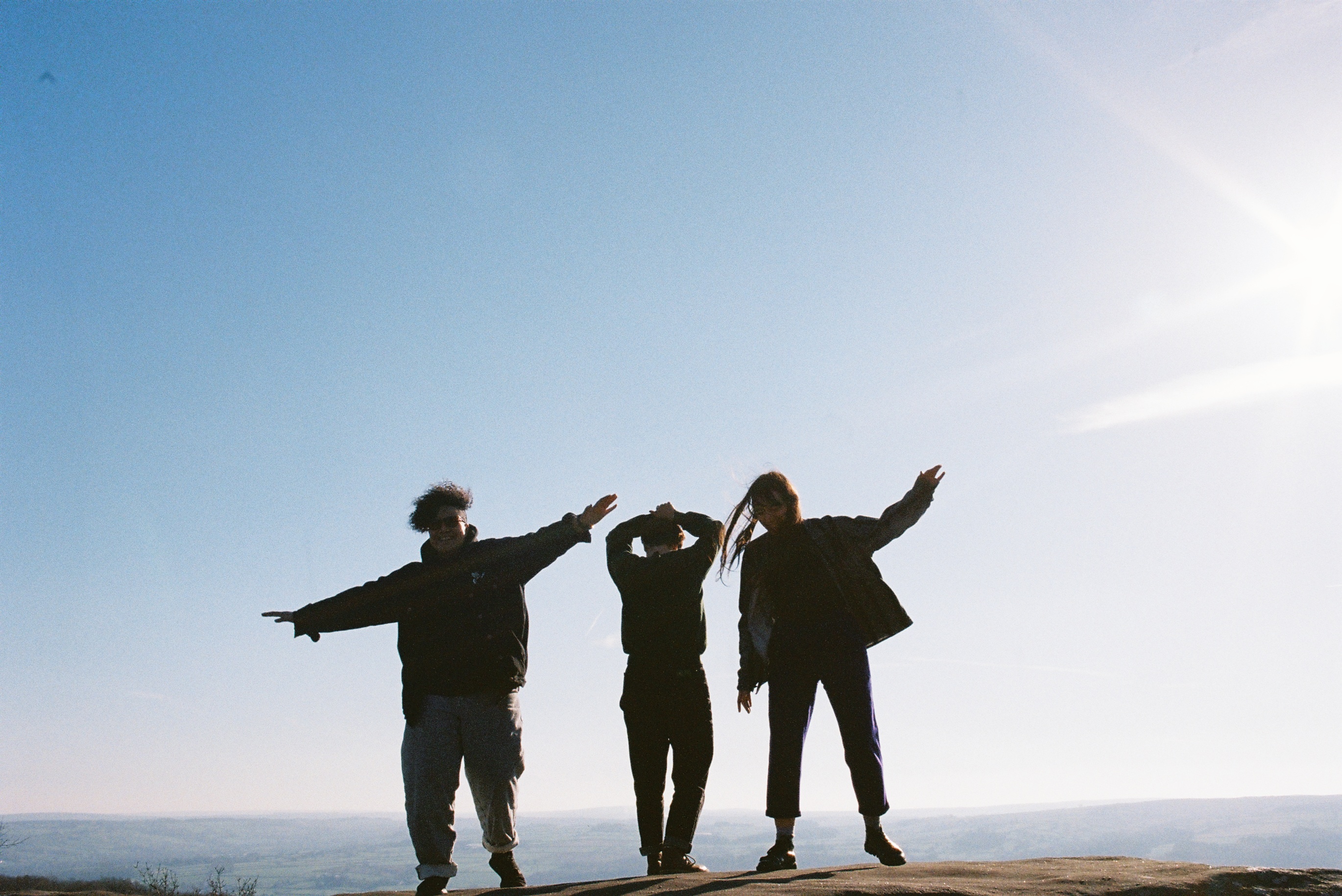 TRASH KIT is Rachel Aggs (guitar, vocals), Rachel Horwood (drums, vocals) and Gill Partington (bass). Three deeply creative individuals who play in many other groups, including Bas Jan, Sacred Paws, Shopping and Bamboo, united by a shared decade of spry musicality that surges through their bodies, hearts and heads with Trash Kit. Their songs, once succinct, patchwork post-punk numbers of an honest diary-like nature now tussle more with long-form songwriting, expeditious polyphony and cascades of sung-spoke vocals. Recent tracks like ‘Disco’ have had their fabric stretched into smart new shapes, allowing the band to run away with refrains and unlock the dancefloor. Although Trash Kit has their forebears in bands like Sleater Kinney, The Ex and The Raincoats, their sound is still their own take on facing forwards. It relies as much on the naturalism of an internalised folk music as on their sincerity of vision.

Since forming in 2009, Trash Kit has released two albums for Upset The Rhythm and a selection of singles, 2019 however, saw them make their most majestic move yet with their resoundingly huge ‘Horizon’ album. For this album, carefully crafted through years of playing out live, the band have chased down the distance between what they wanted the record to sound like and its realisation. They’ve augmented these songs with choral arrangements, piano, saxophone, harp, viola and cello. Pulling ideas from everywhere between the earth and sky, to push themselves further, to go beyond. Aggs’ guitar playing for this album was informed by her love of guitar music from Zimbabwe; her cyclical motifs billow with lean Mbira rhythms. Horwood has similarly approached her drumkit with an untamable freedom, allowing it to breathe as a vivid lead instrument. Trash Kit’s music is woven with silence and punctuation, and this is where the resonant, driving bass of Partington fits in. The bass has become now central to shaping the melody of this new collection of songs. Trash Kit’s approach to life as with music is openness, inclusion and potential, and Horizon is an album with that in dutiful abundance. It is an album that forever listens for the next moment and will meet you at the vanishing point once more.
https://www.facebook.com/Trashkit4lyfe

ES is Maria Cecilia Tedemalm (vocals), Katy Cotterell (bass), Tamsin M. Leach (drums) and Flora Watters (keyboards). Their 2016 debut EP, Object Relations, released on influential London punk label La Vida Es Un Mus, was described as “mutant synth-punk for our dystopian present” (Jess Skolnik, Bandcamp, Pitchfork). The band has since become a vital presence in London’s underground DIY music scene and toured the UK with the Thurston Moore Group in 2017. ‘Less of Everything’. The title of Es’ first full-length LP could be interpreted as a manifesto pledge, an outright demand or a purely literal sonic descriptor of the London quartet’s glacial form of punk rock music. This tension between intent and interpretation has been a fundamental element of the group’s output from their formation. The dynamic between Cotterell’s bass and Watters’ keyboard is at the heart of Es’ sound: intertwining sub-zero melodies, gothic anarcho-punk influences and some entirely unlocatable aquatic component. When combined with Leach’s precise drumming, the outcome is original and immediately recognisable. This provides the perfect backdrop for Tedemalm’s relentless, pointed vocal style. While comparable ‘cold’ sounding groups might affect an impersonal, safer mode of lyrical or vocal detachment, Tedemalm’s strategy is to “push the lyrics as far as I can thematically until they become absurd … overly dramatic … while still being sincere in the feeling they’re trying to invoke. ‘Less of Everything’ was released last year by Upset The Rhythm.
https://esband.bandcamp.com/

NO HOME is the lo-fi rock solo project of Charlotte Valentine, who fuses the grunge and ambient songs of early 00s new york rock with an urgent, captivating call to self-preservation. Having enthralled audiences at Decolonise Fest and support slots with Downtown Boys, Moor Mother and Big Joanie, No Home’s recordings are full of unease and disorientation; modal melodies are interwoven with rolling rhythmic noise. Valentine’s powerful voice and experimental song structures dilate and expand time, pushing against genre boundaries and resisting enclosure. Surviving under capitalism is a drag—it’s the oldest story in rock’n’roll—but No Home captures the weight of its dehumanization in a uniquely visceral way. https://nohome.bandcamp.com/