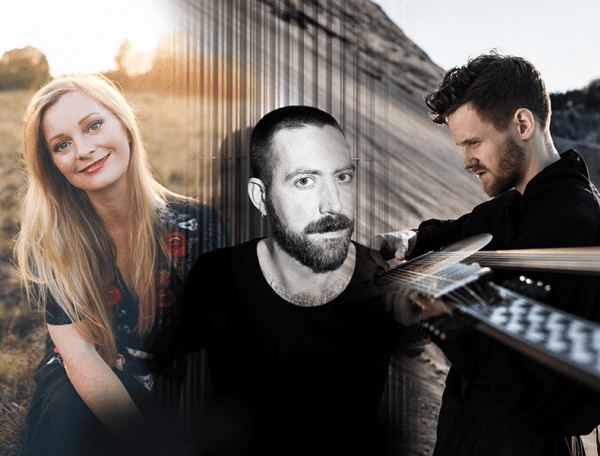 Featuring a World Premiere by Errollyn Wallen, we are delighted to welcome leading exponents of their instruments, Liam Byrne and Jonas Nordberg, to open the London International Festival of Early Music, with special guest Lucy Crowe.

The particular blend of viol and theorbo is among the Baroque period’s most delicious sonic combinations. In this concert, Liam Byrne and Jonas Nordberg explore the rich timbral interrelationships of their instruments in the music of 17th century France. Focussing on the historical relationship between viol player Marin Marais and lutenist Robert de Visée, both central musical figures at the court of Louis XIV, the duo draws its inspiration from the contrasting natures of their instruments.

Finding overlapping resonances in the decays and bloomings of their sounds, they move through the perfumed harmonies of some of the past’s finest, most refined chamber music. In addition to works by Marais, de Visée, and Sainte Colombe, Jonas and Liam perform new and old rearrangements of music popular at the French court, including works by Lully and Rameau, among others.

Jonas Nordberg and Liam Byrne met over bacon sandwiches at breakfast with friends in London in 2016 and quickly fell into fairly deep conversation about baroque music. Finding themselves on a similar conceptual wavelength, they decided to meet up later that day and play through some 17th-century French chamber music. The result was so satisfying that they spent their spare time hopping between London, Stockholm, and Berlin for the next three years to hang out and rehearse, without a concert in sight, just pure music-making at home and a few tiny house concerts. Finally, in March 2019, they gave their first public concert, and their duo project has continued to flourish ever since.