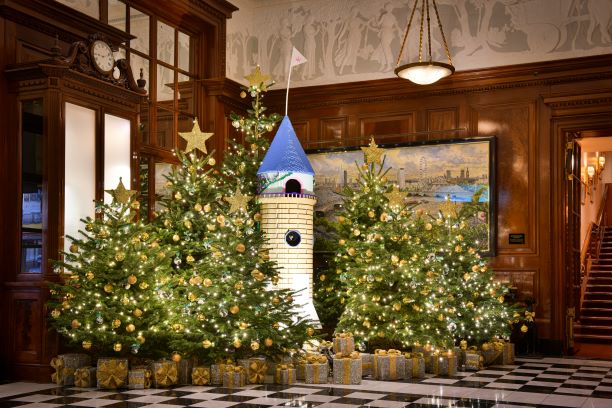 The LEGO Group has unveiled the Twelve Rebuilds of Christmas – an exciting, new brick-built experience at The Savoy hotel in London.

372,931 LEGO bricks, and 2,200 man hours have gone intoo creating the experience, which sees the lines of The Twelve Days of Christmas re-imagined through the eyes of a child and brought to life in brick form throughout the world famous hotel.

Decorations include ‘A Dragon Shaped Christmas Tree’ made of 150,000 bricks, taking 600 man hours to build and weighing 430 kg – and more – with a selection of the first images attached and more information in a press release below.

The experience is open to the public until 3rd January 2020, and it follows the launch of The LEGO Group’s biggest-ever global brand campaign, Rebuild the World, which champions the importance of creativity as a key 21st century skill.

Emily posted an update 4 days ago

Music for LONDON posted an update 4 days, 8 hours ago