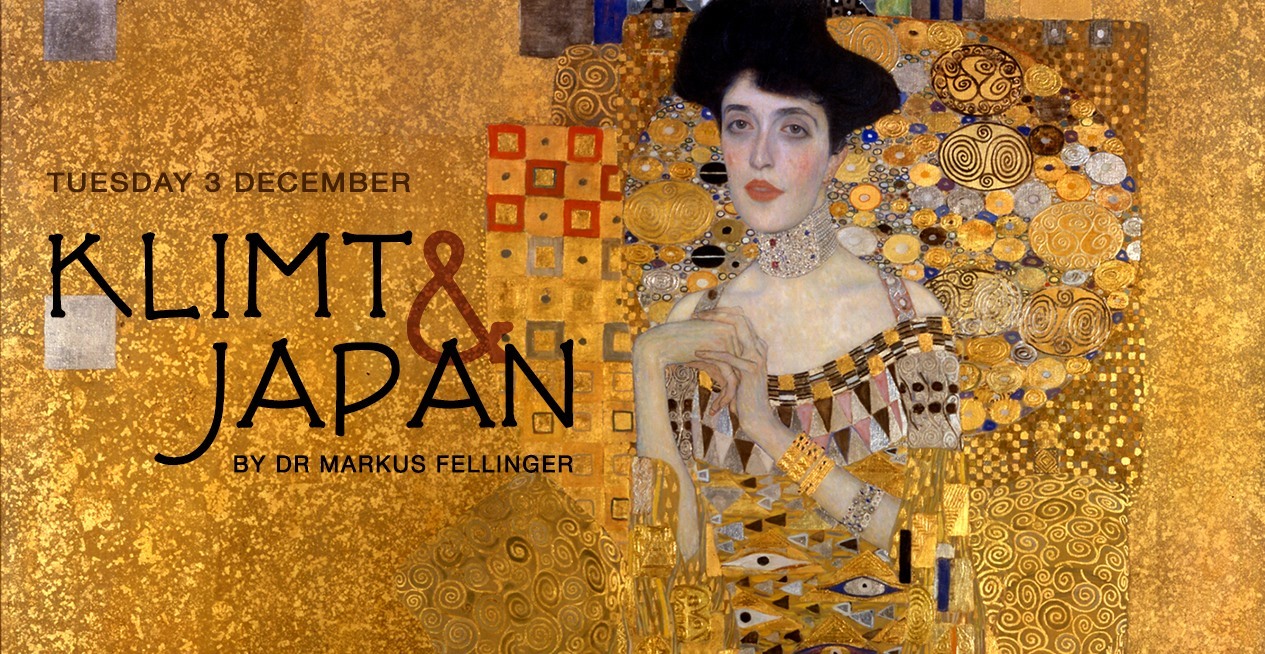 Step into the world of the art between two cultures. Learn about the connection forged to create some of the most beautiful art in history.

At the end of the nineteenth century, the raging art movement known as Japonisme—that is the Japanese influence on European art—became one of the most present components of Gustav Klimt’s new art. Klimt (1862-1918) was a leading figure in the plastic arts of Vienna at the turn of the 20th century, and his paintings became known for their opulent decorative character full of gold surfaces and fin-de-siècle eroticism, which still today enjoys widespread popularity. However little is known how Japanese art served as a catalyst for the renewal of Austrian Art by the work of Klimt and other members of the Secession movement, who often based their works on these aesthetics. Furthermore, Klimt was an avid collector of East Asian art objects; woodcuts, Noh masks, ceramics, and textile designs. This unknown connection in between Klimt and Japan has been recently celebrated at the Tokyo Metropolitan Art Museum (April 23 – July 10, 2019). Join Dr Markus Fellinger, curator of Österreichische Galerie Belvedere in Vienna in a colourful talk on the enigmatic connection in between the master and Japan.

Join the walk in Asia House, as you dwell on culture, history, art and much more. To get tickets: CLICK HERE