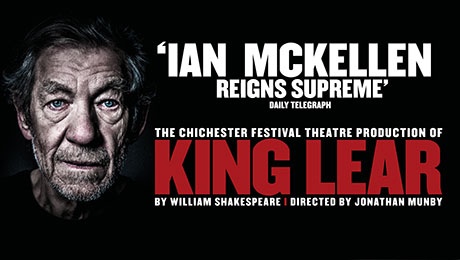 King Lear is a play written by the famous writer, poet and actor, William Shakespeare. The genre being Tragedy is considered one of the greatest work in the English Language. ‘King Lear’ depicts the king of Britain’s gradual state into madness.

This 21st century version of the famous tale shows the creativity and a fun sense of the play. Ian McKellen’s depiction of the king is astonishing. The sets that are beautifully manifested at the Duke of York’s Theatre, brings us back in time. Director Jonathan Munby included beautiful scene stoppers and dramatic blackout takes that will take you aback.

BOOK tickets before it runs out.

Read A REVIEW by Andrzej Lukowshi from Timeout