Kabir Cafe – Live at the Bhavan 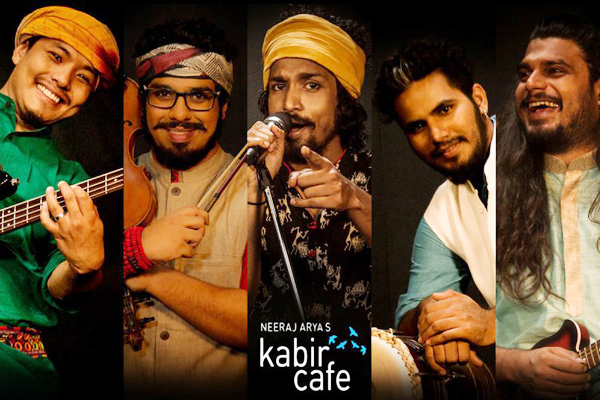 Kabir is a timeless mystic who did not believe in boundaries. His philosophy rings true even six centuries later, and they are being woven into something just as boundless- music- by Neeraj Arya’s Kabir Café.
Performing only the verses of Kabir, the band brings alive his poetic works in a substrate of Indian Folk Music infused with rock, pop, reggae, carnatic and fusion in their quest to make Kabir’s verses accessible.
Kabir Cafe’s music has been featured in many Bollywood films and they have toured internationally to high acclaim.
The artists are: Neeraj Arya on lead vocals and rhythm guitars, Mukund Ramaswamy on violin, Raman Iyer on Mandolin, Viren Solanki on Percussion and Poubuanpou Britto KC on bass guitar and backing vocals.
Kabir Café regard Padmashree and Malwi folk singer Prahlad Singh Tipanya as their Guru and inspiration along with Mir Mukhtiar Ali, Bob Marley and Shabnam Virmani.