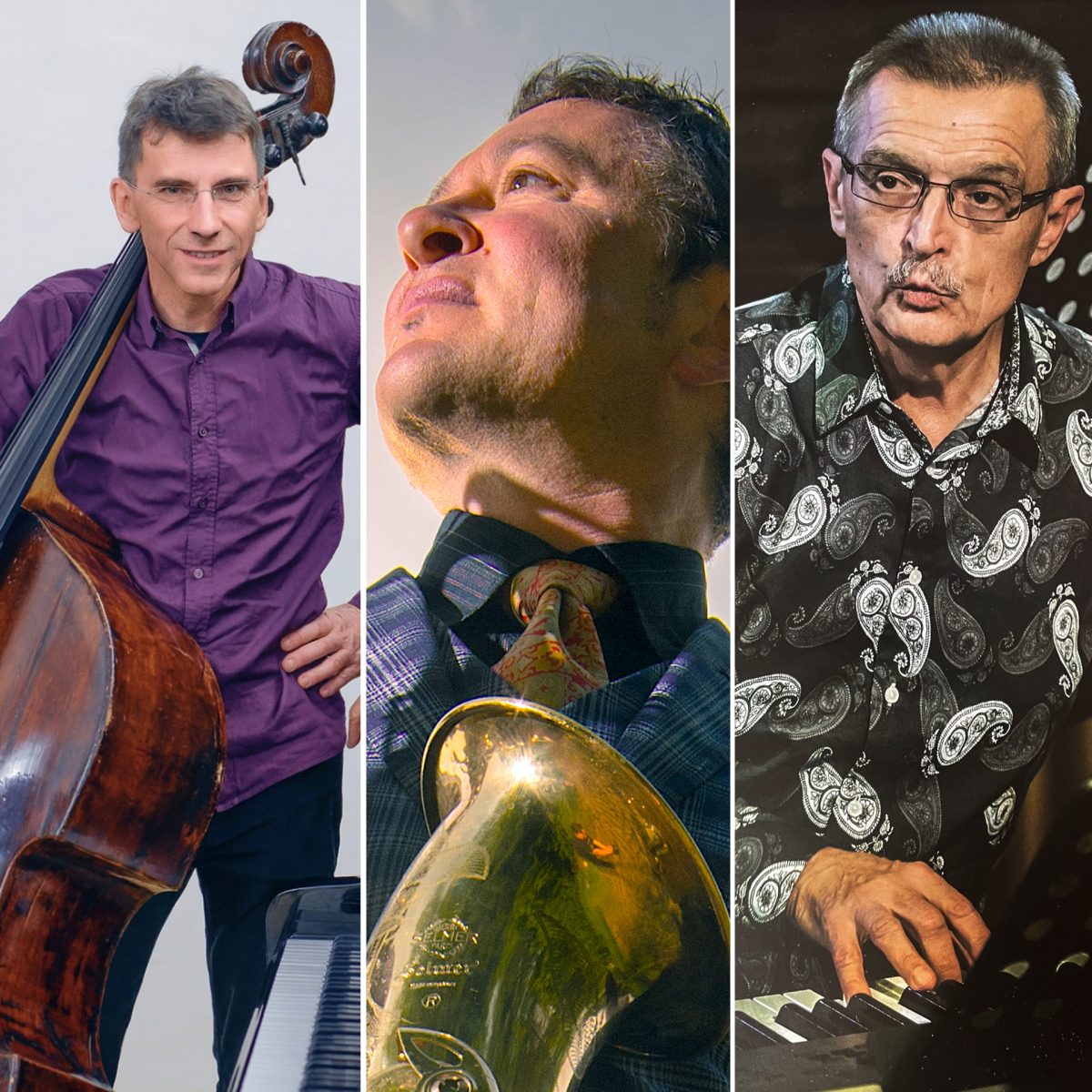 The ‘sizzling tenor sax‘ (Jazzwise) of Julian Nicholas, who has worked with the iconic UK band Loose Tubes, Jimmy Witherspoon and Carleen Anderson, joins pillar of the Czech jazz scene Emil Viklicky, who has played with Wynton Marsalis, Miroslav Vitous, George Mraz among others, and leading Czech bassist Petr Dvorsky, for a concert featuring a selection of jazz classics and individual favourites celebrating their 30 year-long musical partnership.

Revelling in the joy of making music together, Nicholas, Viklicky and Dvorsky who have just come together to record Viklicky’s arrangements of Moravian songs for a new CD by UK jazz singer and lyricist Imogen Ryall, will play a tribute to their friend, drummer David Wickins, recreating their concert from 2012, released as One Two Three Four in 2020 by BeBoss Records.

“Julian is one of those rare players whose playing is a direct reflection of his true character and nature. Uplifting, intelligent, positive, genuine and filled with joy. I’ve enjoyed listening to him every time – one of my real faves!“
Iain Ballamy

“Combine elements of Bud Powell and Oscar Peterson with a deep infusion of Moravian soul, and you have Emil Viklicky, the patriarch of Czech jazz piano.“
Jack Massarik, Evening Standard