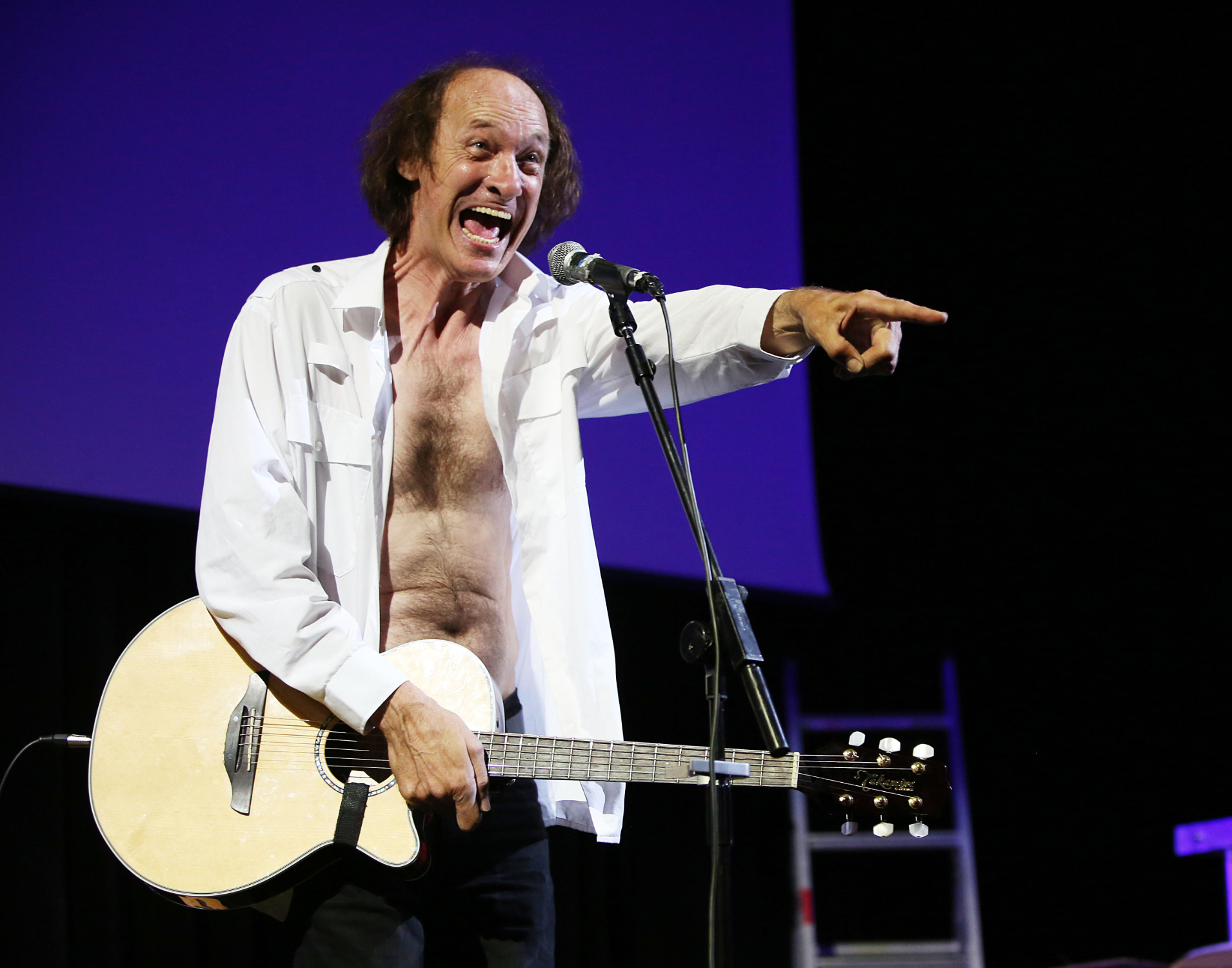 On Saturday 2 April 2022 irrepressible and eccentric English microstar, singer-songwriter John Otway will reach the truly momentous milestone of 5,000 one-nighters when he appears at Shepherd’s Bush Empire with his band.

The Rolling Stones have clocked up just over 2,000 gigs and The Beatles a paltry 990. In his 80th year Bob Dylan’s Neverending Tour rolls on but still totals under 4,500 while those voracious roadhounds The Grateful Dead managed only around 2,300.

Otway played his first gig in Aylesbury in 1972. In the intervening 50 years he has built a sizeable cult following of amazingly loyal and adoring fans through his ceaseless touring, surreal sense of humour and a self-deprecating underdog persona.

He first achieved micro-stardom with a memorable (and very painful – ask him) 1977 appearance on the Old Grey Whistle Test leading to his first hit record ‘Cor Baby That’s Really Free’. In 2002, a mere 25 years later, he had another hit when ‘Bunsen Burner’ entered the Top Ten.

As well as his brace of hits, the man who happily calls himself ‘Rock n’ Roll’s Greatest Failure’ has had 15 album releases (six with on-off, on-off again-on partner Wild Willy Barrett) has sold out The Royal Albert Hall and headlined the London Palladium. His self-made biopic Otway the Movie: The Story of Rock n Roll’s Greatest Failure premiered in Leicester Square, was shown at Cannes, voted 2nd best film of 2013 by Guardian readers and is still popular on Netflix. He has also written two volumes of his autobiography.

Otway’s song ‘Beware of the Flowers Cause I’m Sure They’re Going to Get You Yeah’ was voted the seventh greatest lyric of all time in a 1999 BBC poll – higher than anything by Bob Dylan, Paul Simon, The Bee Gees or Leonard Cohen.

As an actor he has appeared in TV’s Super Gran, William Tell, Heartbeat and others including a certain brand’s ‘Secret Lemonade Drinker’ commercials.

Never happier than when performing, during lockdown he performed 9 shows from his sitting room via Facebook, each attracting over 10,000 views. But it is his legendary live shows, that have kept the fans coming and this micro-star shining for half a century. The gigs invariably include the 1981 song Headbutts, featuring repeated (and very painful) forehead/microphone interaction.

Now tickets are on sale for the incredible milestone 5,000th gig to take place a few months before his 70th birthday. It would take the combined careers of approximately two Beatles, one Rolling Stones, a Wham and a Jam to equal that number.

We could go on but why bother… He’s much better at doing so himself.

John Otway said ‘Perhaps I’ve not even succeeded at being rock and roll’s greatest failure. Enthusiasm and misplaced belief can take you a long way. I’ve had two UK hit singles more than Led Zeppelin, performed more than five times the number of gigs The Beatles managed and starred in more lemonade commercials than Arianna Grande and Taylor Swift put together. I’ve appeared at Glastonbury Festival more times than Beyonce and even headlined both the Royal Albert Hall and London Palladium which David Bowie failed to do. Now I’m to celebrate my 5,000th gig, a number none of those stars have reached.’

For a list of his upcoming shows, many of them as special guest of Wilko Johnson, visit http://www.johnotway.com/gigs, where you can also find a full list of every gig he has ever performed.