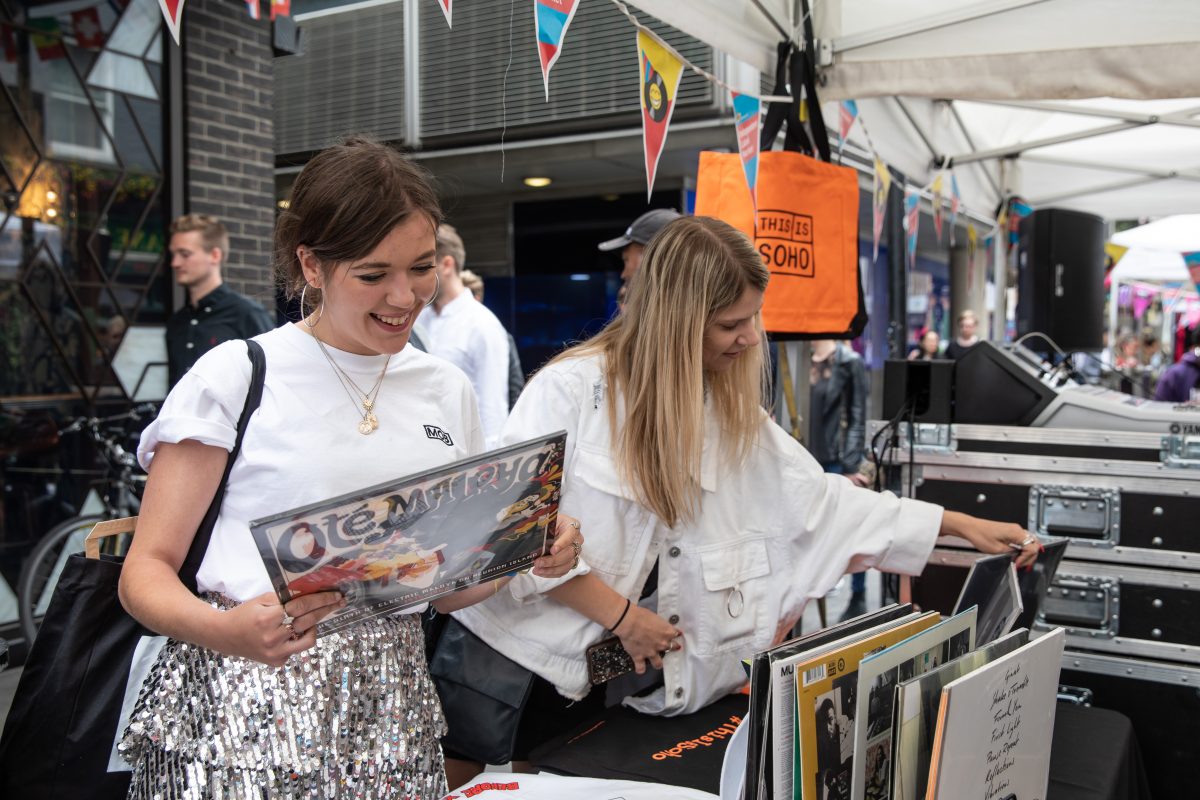 For one day only, an exclusive Independent Label Market event is taking place on Carnaby Street, Sunday 18th July as part of the #SohoMusicMonth free music and culture festival! Some of the most exciting independent record labels will sell a special selection of records, from limited edition runs to coveted coloured vinyl.

Soho Radio will provide the soundtrack; the local independent radio station will broadcast live from the market with a fierce lineup of DJs. Taking over the decks will be Simone Marie, known for her eclectic mix of genres including Rock n’roll, electronica, indie and psychedelic, DJ Kobayashi with music from all around the world; and Dom Ore, who celebrates the sounds of afro-beat, disco, jazz, funk, soul and boogie.

Look out for market specials: Bella Union brings deluxe gold vinyl versions of Jonathan Wilson’s Rare Birds, as well as RSD titles like Danish duo Our Broken Garden and Tiny Ruins’ debut LP. Pick up the last remaining copies of the Scuffed 2020 sampler, featuring tracks from Stones Taro, Dubrunner, Heritage, and Joe Craven from Scuffed’s stall. Fresh from her sold-out debut headline show, Demae has copies of her soul-tingling EP ‘Life Works Out…Usually’ plus the last few t-shirts at the Touching Bass stall. Rhythm Section brings Seductive Neo-Soul 12″ from Jerome Thomas, and get your hands on signed copies of Last Japan’s ‘Exhale ft. Killa P/Teflon’ release from Circadian Rhythms and so much more.

Soho is known for its rich music heritage. Some of London’s best independent record stores can be found in nearby Berwick Street and Poland Street, including Sister Ray, Sounds of the Universe, Reckless Records and Phonica.