Humanitarian and Relief Aid for Ukraine 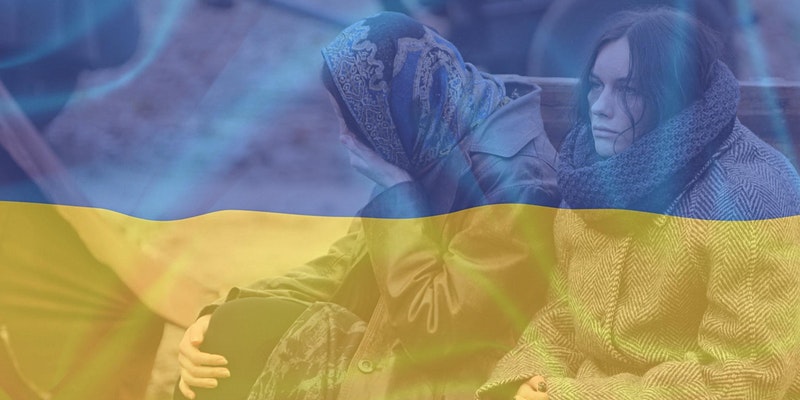 The continued Russian military aggression toward Ukraine, which has resulted in an unprecedented and largest post-WWII migration and refugee exodus in Europe, has raised an immediate urge for humanitarian and relief aid. Since the beginning of the military conflict, it is estimated that more than four million refugees have left Ukraine and settled by the vast majority in Central European countries. Unfortunately, apart from this refugee wave well covered by western media, the situation on the ground inside Ukraine grows more catastrophic by the day to millions of Ukrainians stranded in uninhabitable conditions and misplaced from their homes.
The urgency for humanitarian relief aid and its various forms and the latest development in Ukraine will be discussed by internationally recognized experts and field practitioners from Ukraine, the Czech Republic, Poland, and the United Kingdom.

Šimon Pánek, Director and Founder, People in Need
Šimon Pánek began his social activism as a student during the Velvet Revolution in 1989, and today he is the executive director of the humanitarian organization People in Need (Člověk v tísni), which he co-founded in 1992. He was a foreign policy specialist covering the Balkans and international human rights issues for the Office of the President of the Czech Republic during Václav Havel’s presidency. He is currently Chair of the Prague Civil Society Centre Board and a lecturer at the European Leadership & Academic Institute. In 2003 he received the European of the Year Award.

Radka Rubilina, Director, Czech Centre Kyiv
Radka Rubilina is a researcher, human rights expert and poet. She holds a PhD from the University of Konstanz, and in her research, she has always combined cultural and political phenomena. She is an expert on memoirs, especially those of political prisoners in soviet working camps (GULAG). She used to work as the Head of the Democratization department in the biggest Czech NGO, “People in Need”, where she supported civil society development in Eastern Europe, Russia and Central Asia. She spent four years as a Human Rights Officer in Armenia, working for the OSCE and two years as a Human Rights Adviser for the EUMM in Georgia. She regularly contributes to a number of Czech media outlets such as Hospodářské noviny, Respekt, Souvislosti and Aktualne.cz. Her book of poetry “Cheap Romance” was published in 2017 when she became a member of the Association of Czech Writers. She has served as the director of Czech Centre Kyiv since 2020.

Barbara Drozdowicz, CEO, East European Resource Center
Barbara Drozdowicz is the CEO of the East European Resource Centre. In London since 2008, she joined the EERC in 2012, having previously been involved in a charity support sector as a governance and funding adviser. In addition, Barbara worked in several European social inclusion projects targeting homelessness and other persistently socially excluded groups in Poland. In 2019 Barbara received her MBA from the Open University and has since been interested in applying management sciences in the non-profit sector.

Maria Montague, Deputy Director, Ukrainian Institute
Maria Montague is the Deputy Director of the Ukrainian Institute London. She leads the Institute’s work in supporting Ukrainian refugees and UK hosts, working closely with other Ukrainian community organizations in the UK. She has previously worked as a producer on various cultural projects related to Ukraine, and in 2019 she co-produced an international theatre festival in Kharkiv. She has also worked as a researcher with the Arena programme, focusing on countering Russian propaganda.

Chaired by Klára Skřivánková, Trust for London
Klára brings over 18 years of experience in policy, research, and strategy development to the debate. She is an internationally recognized expert on migration, modern slavery, decent work and responsible business and currently serves as the Programme Director at the Trust for London. Before joining the Trust, she worked at the human rights charity Anti-Slavery International and as an expert advisor for the Ethical Trading Initiative and the Joseph Rowntree Foundation. She has also served on the boards of two United Nations Trust Funds and advised international bodies, including the Council of Europe.