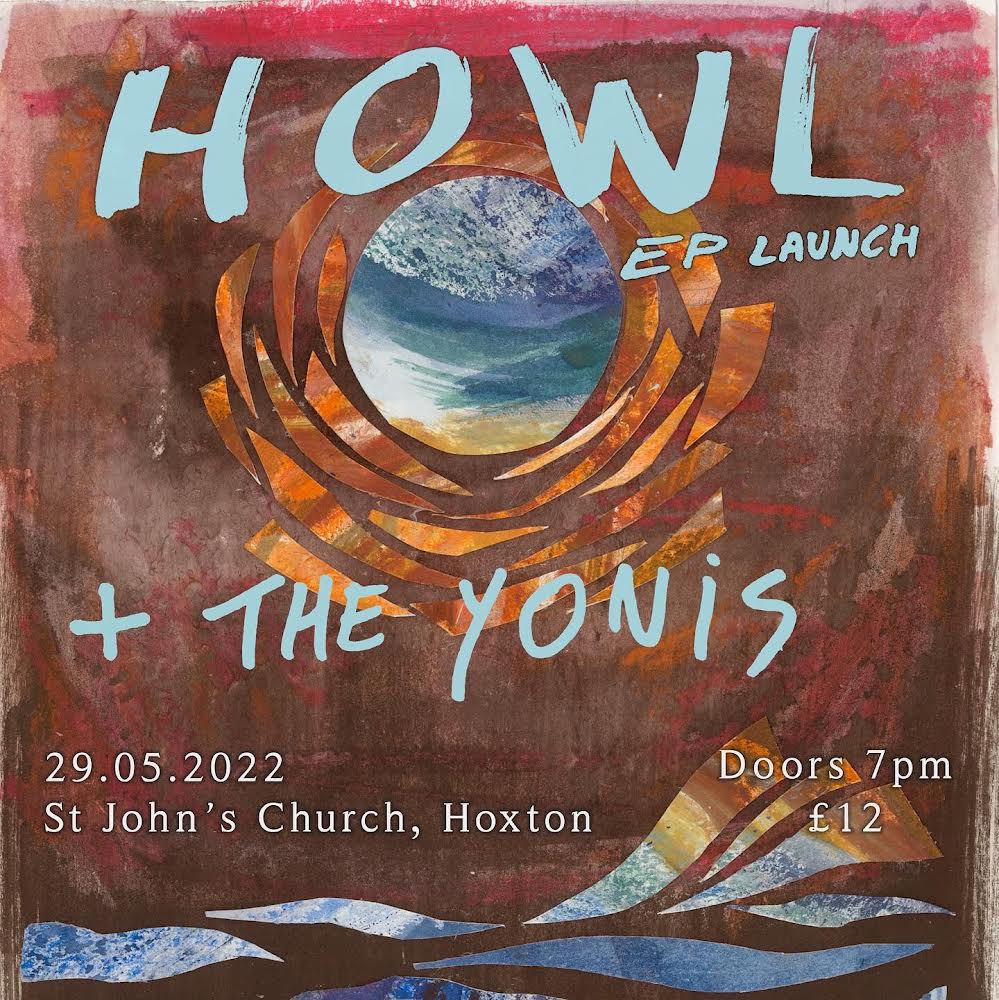 Come and join HOWL for their EP Launch at St. John’s Hoxton!

The vocal collective, formed in 2021, will be performing their original compositions along with arrangements of folk songs from the British Isles, contrapuntal music from Venezuela, choral work by Caroline Shaw and pieces by experimental composers Meredith Monk and Moondog, weaving in soundscapes and field recordings. Expect a lush blend of voices singing music that ranges from haunting to joyful to the downright absurd, all in the beautifully ethereal acoustic of St John’s church.

HOWL’s debut EP produced by Cosmo Sheldrake will be released in June on Tardigrade Records.

They will be joined by special guests The Yonis. The Yonis are a girl band, boy band, pop band, punk band, composed of international female-identifying and non-binary performance artists. The Yonis represent a movement towards radical non-hierarchy and creative decentralisation, championing autonomy whilst holding collectivity at the core of what we do. The Yonis are a constantly shifting constellation of humans. The Yonis want you to have a good time, feel joy, share euphoria, move your body. The Yonis are here to dance and sing and shout. To give space and to radically listen.