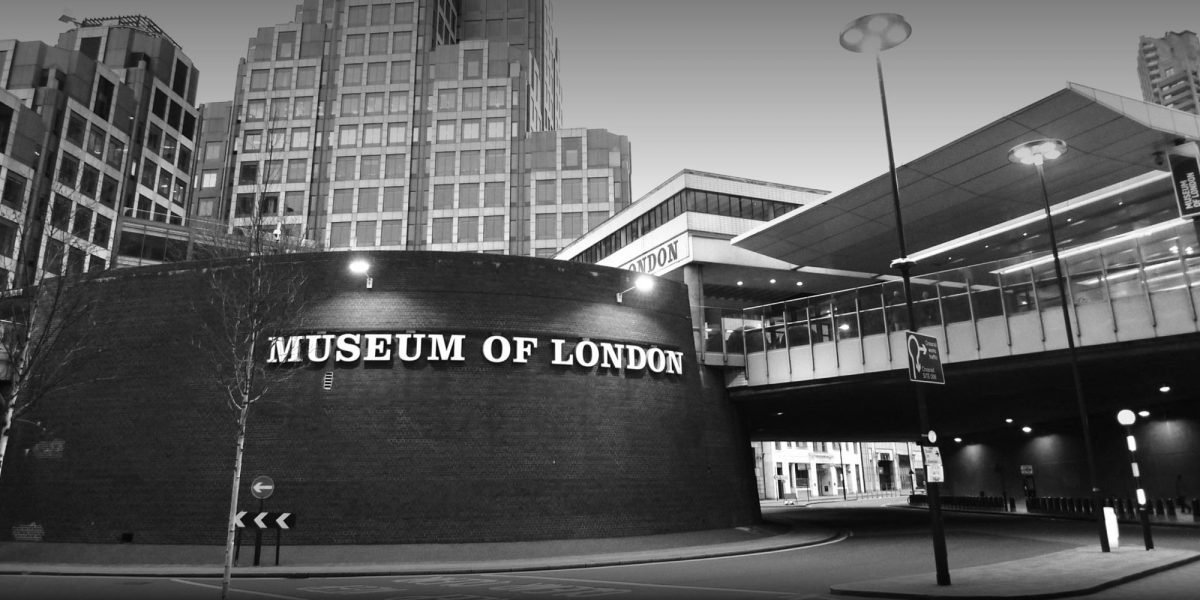 A guided walk to uncover the layers of history that lie beneath the Museum of London.

When the Museum of London moves to its new home in Smithfield, the existing 1970s Museum building on London Wall will be redeveloped. In June 2021, Contemporary Art Society, on behalf of the Corporation of London, commissioned Robert Kingham (presenter of Pagan London) to lead a new walk delving into its layers of history. The walk does not go into the Museum itself, but rather around and under it: and the stories, buildings, archaeology, and people whose lives it has touched are every bit as rich and effusive as the collections within.

On this two-and-a-half-hour walk, you will encounter the lost alleys of Barnaby Rudge, the Infirmary for the Relief of the Poor Afflicted with Diseases of the Rectum, modernist dreamers, the brimstone doctrine of the Aldersgate meeting houses.

Included in the guided walk would be learning about the sieges of London, the well-water that cures drunkenness, the biggest fire between 1666 and 1940, the hermit of Cripplegate, and the oldest Jewish cemetery in England.

Walking tour of the environs of the Museum of London