Glittering Tales: Dancing for Rajahs, Nawabs, and the Men of The Raj 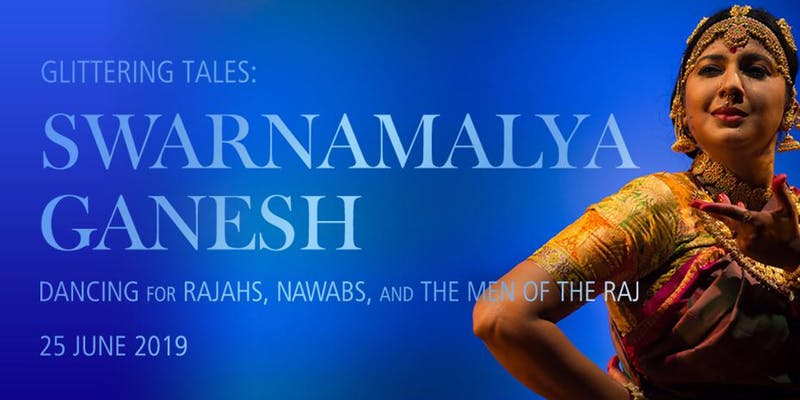 Asia House is delighted to collaborate with Akademi as it launches the first of its dance dialogue series with Dr Swarnamalya Ganesh and her debut to a London audience. The noted Bharatanatyam artist and actor will be joined by Chitra Sundaram, a prominent figure in the UK dance community, as curator of the evening. They will explore the narratives, the women, and the repertoire of ‘Sadir Āttam’: the command performance of the 17th to the early 20th century that was presented in durbars and salons for royalty, aristocracy and officers of The Raj.

This event presents the her-story of the Sadir dancer; her repertoire and her reputation as an articulate, charming and sophisticated performer. Swarnamalya will share the experiences of seeking out hereditary dancers; piecing together closely guarded anecdotes and repertoire pieces. Nearly eighty-five years after Sadir disappearing into Bharatanatyam, we begin to embrace both, joining the discourse of multiple histories. The discussion and demonstration will both trace and move beyond the narratives of erasure and caste politics behind present-day Bharatanatyam.

Dr Swarnamalya Ganesh is a trained Bharatanatyam dancer, an Indian actress and TV anchor. Over the years, she has anchored several shows, acted in films across various languages and performed on many stages all over the world. She has a Masters in Bharatanatyam and PhD in Dance History from Madras University.

Chitra Sundaram is a dance/theatre choreographer, Bharatanatyam performer, mentor and educator. Her research and teaching interests include the problems and potential of classical forms in cross-cultural and intergenerational transmission of narratives. Chitra was the trustee of Akademi, and currently sits on the board of the Imperial Society of Teachers of Dancing. Chitra is an Associate Lecturer in Theatre &Performance at Goldsmiths College, and a Fellow of the Royal Society of the Arts.