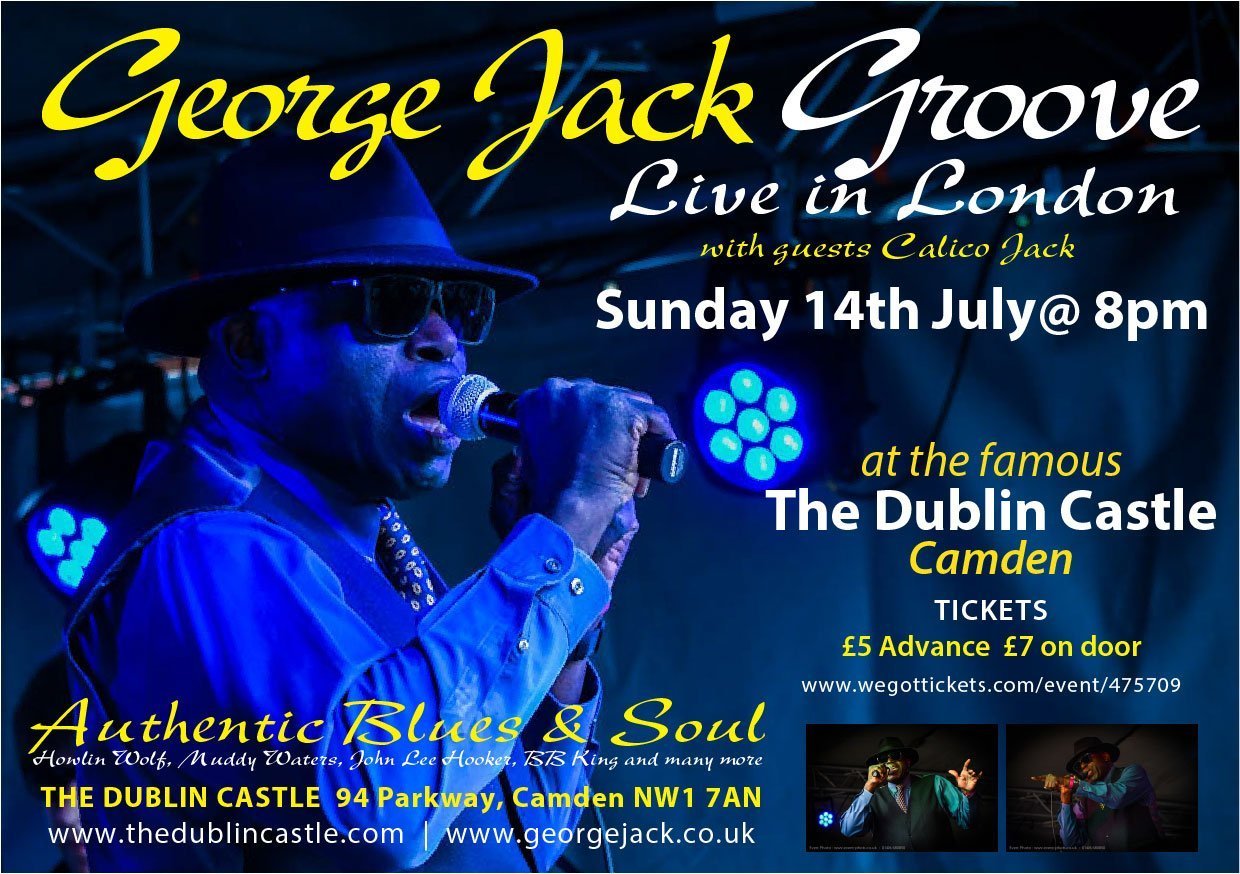 Big news from Big George, his first London performance at The Dublin Castle in Camden on 14th July.

Big George Jack is a larger than life singer and brings a level of performance which wows the audience, whether Blues, Soul or Reggae, George will bring his A game. With years in the music industry performing at small venues and open air local festivals, with his band can perform a range of musical styles or just a specific genre relating to the audience.
George Jack has a 5 piece band consisting of some of the best musicians guaranteed to make your event swing,