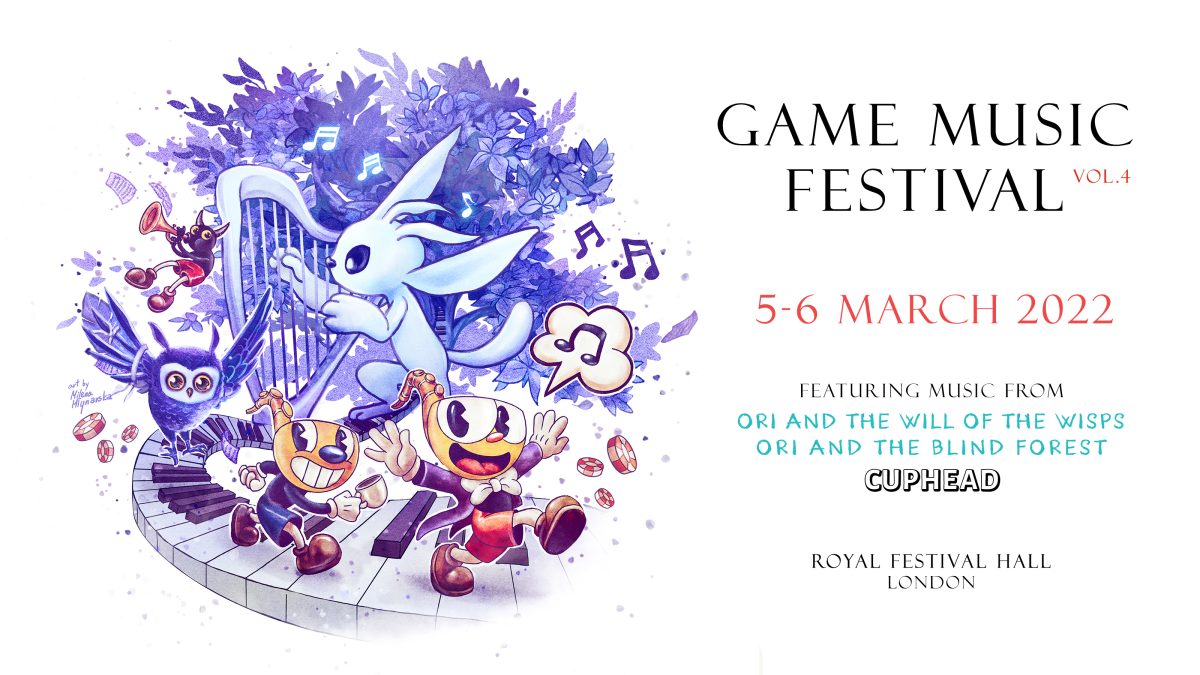 This time, the fully-fledged festival dedicated to video game soundtracks will take place at the famous Royal Festival Hall in London. On the 5th and 6th of March 2022, the venue will play host to original arrangements of fan-favourite video game soundtracks and various accompanying events. In addition, an educational programme will take place on the first day, while the second day will be dedicated to live concerts. The three previous editions of the Game Music Festival have been praised by fans worldwide, attracting an audience of over 12,000 on-site guests in total. The Game Music Foundation organises the whole initiative, and tickets are now available at gmfest.com.

The Jazz of Cuphead is the first concert at GMF 2022. The exuberant jazz score of Cuphead, an unmistakably stylish platformer, will be interpreted on stage by a seasoned big band. Full of early styles of jazz mixed with ragtime music, the original soundtrack of Cuphead swiftly transports the listener to a world inspired by Duke Ellington and Count Basie, but always with a twist. All of this has led to Cuphead winning the well-deserved BAFTA Games Award for Best Music. Cuphead’s composer, Kristofer Maddigan, will join the audience to see his score brought to life by the Bartosz Pernal Orchestra – an ensemble of experienced musicians led by a charismatic trombone player.

Lauded by critics and millions of fans worldwide upon release, Ori and the Will of the Wisps was soon hailed as a masterpiece, with exceptional merit given to its unforgettable score by Gareth Coker, a multi-BAFTA-nominated composer and winner of the 2021 Ivor Novello Award for Best Original Video Game Score. Together with Ori and the Blind Forest, these universally acclaimed soundtracks comprise the musical programme of The Symphony of the Spirits, the second concert of Game Music Festival 2022. These arrangements have been created by maestro Robert Kurdybacha, who is no stranger to the music of video games – he has arranged several fan-favourite symphonies for previous editions of the festival. Gareth Coker will also attend this special occasion at the Royal Festival Hall. The performance by the Philharmonia Orchestra and Hertfordshire Chorus will take the audience on a journey through Ori’s world as never before.

Game Music Festival will present these concerts and multiple educational events. On Saturday the 5th of March, the GMF 2022 educational programme will host masterclass workshops and other sessions, where participants will be able to see how audio is created for games, improve their skills and learn many tips and tricks in the field. Details of the educational programme will be unveiled later on. These sessions will be a unique opportunity to look into the world of music and sound in modern video games. This will be an excellent event for anyone who plans to build a career composing or designing sound in games.

Music for LONDON posted an update 5 days, 10 hours ago