An event every week that begins at 7:00 pm on Thursday, repeating until September 26, 2019 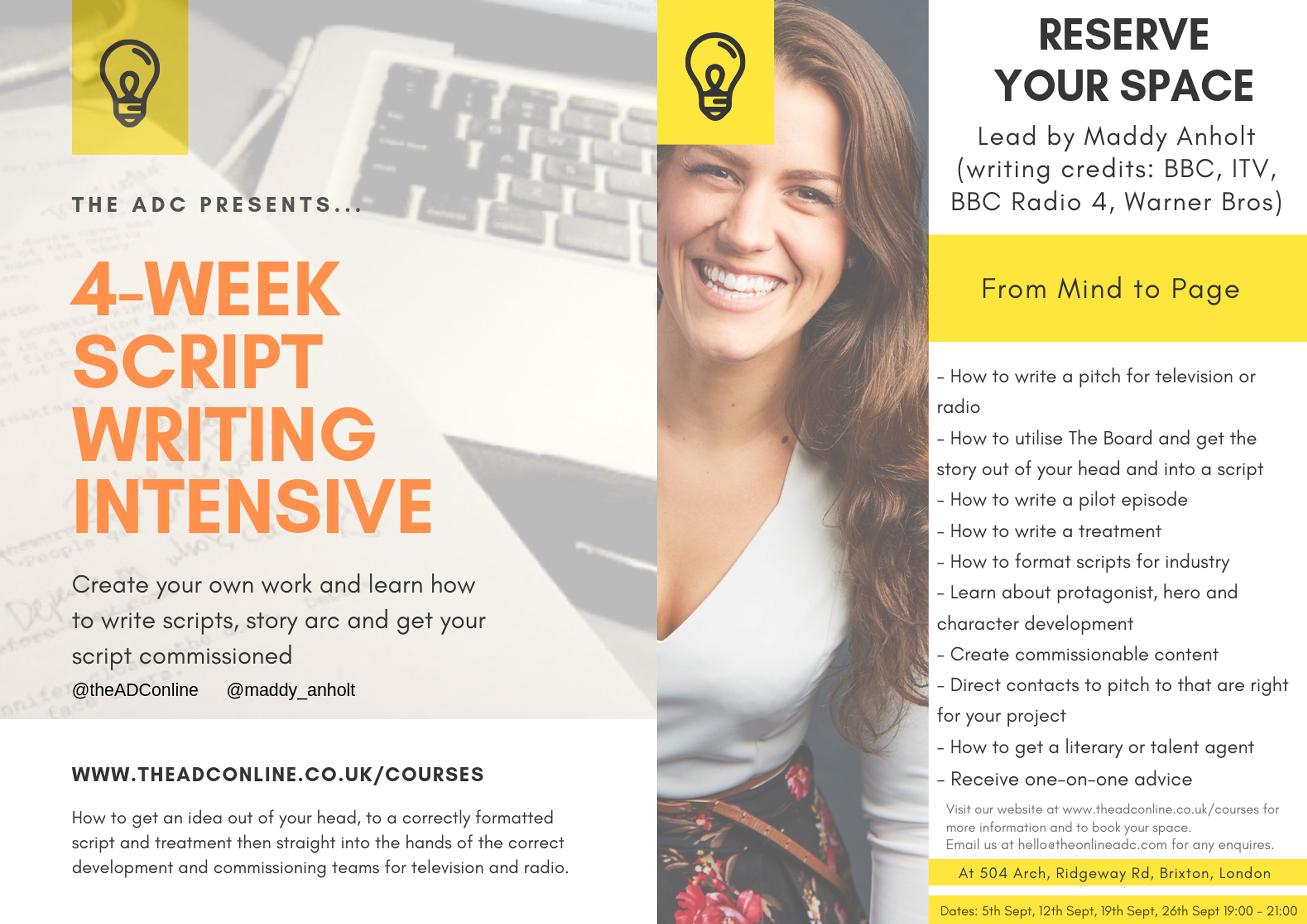 How to get an idea out of your head, into a correctly formatted script and treatment and straight to the hands of the correct development and commissioning teams.

Are you a script-writer, performer or theatre-maker looking to get a script commissioned for television or radio? Unsure about where to even start? FROM MIND TO PAGE 4-week intensive will help you do just that. Learn:

How to write a pitch for television or radio
How to utilise The Board and get the story out of your head and into a script
How to write a pilot episode
How to write a treatment
How to industry format scripts
Learn about protagonist, hero and character development
Create commissionable content
Direct contacts to pitch to that are right for your project
How to get a literary or talent agent
One-on-one advice

About the teacher: Maddy Anholt is an award-winning comedian, actress, writer and producer and has been working in the industry for 10 years. She has had four sell-out solo shows at the Soho, Latitude, Gilded Balloon and Underbelly. She has been commissioned to write for ITV, Warner Bros, BBC Three and BBC Radio 4. She founded her own limited TV Production company in 2017 and since then has been utilising her strong industry contacts to facilitate the commission of many scripts for TV and radio.

Materials will be supplied and are included in the price as well as tea, coffee and of course… biscuits!