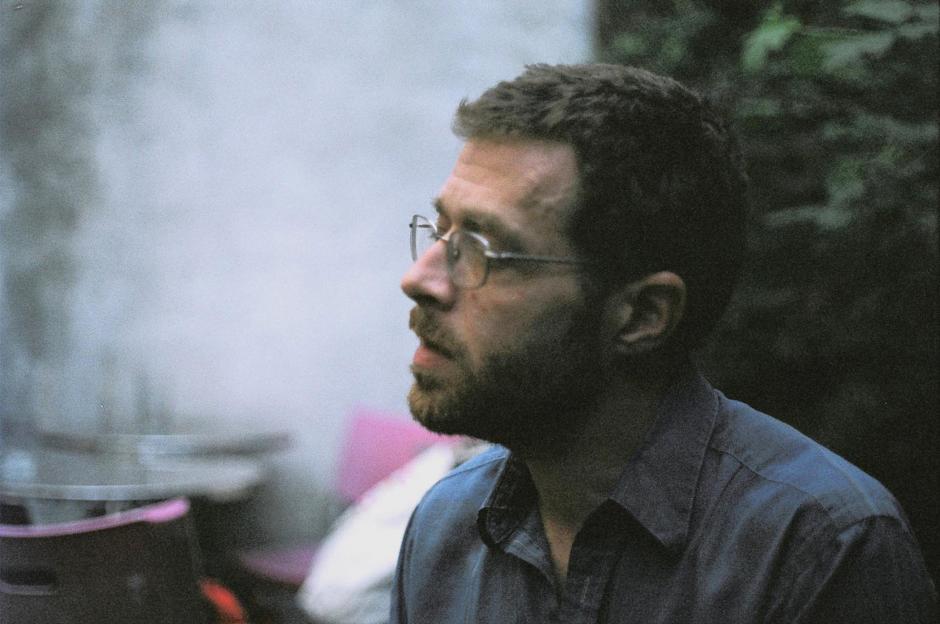 ERIC CHENAUX lives in Paris but was a fixture of DIY and experimental music in Toronto throughout the 1990s and 2000s, progressing from local postpunk legends Phleg Camp and Lifelikeweeds towards a highly distinctive technical and gestural mastery of the amplified acoustic guitar. Eric Chenaux operates among various musical ‘traditions’ but perhaps most broadly, his records grapple with the relationship between improvisation and structure in particular, unique, distinctive ways – and entirely without irony or cynicism, through love. Because fundamentally, Chenaux writes love songs, which he sings in a voice honeyed and precise, while his guitar gently bends, frazzles, chortles, diverges and decomposes. This juxtaposition of his mellow, dexterous crooning and his highly experimental (and equally dexterous) guitar explorations explodes even unconventional notions of singing and accompaniment, of the tonal and timbral interplay between guitar and voice.

Constellation has been home to Eric’s “solo” records since 2006 – a brilliant discography of adventurous, sumptuous, mostly languorous deconstructed folk, jazz and pop-influenced balladry rooted in the juxtaposition of Chenaux’s fried guitar playing and his gorgeously clear and lyrical singing voice. Eric’s new album comes out this February and is his most immaculate and pristine. ‘Say Laura’ perfectly incarnates the counter-intuitive interplay of instrument and voice that Chenaux has been revealing and revelling in throughout the past decade: his gently unhinged juxtaposition of resplendently smooth, seductively assured singing and puckish, thoroughly destabilized guitar could come from no other musician. The five wanderings, wondering ballads on ‘Say Laura’ bring Chenaux’s semi-improvised but keenly intentional songwriting to its fullest, most precise, warmest and coolest articulation; uncompromising and generous, hyper-specific and loose, spartan and luxurious, elemental and ornate.
http://ericchenaux.com/

ASHLEY PAUL & YONI SILVER will be performing music from Paul’s album ‘RAY’ released in late 2020 on Slip Imprint. Together they explore the fringes of song form and free improvisation, dissecting melodies and slowly piecing them back, alluding to shape but only occasionally binding together. It is as if Ashley Paul’s spaciously experimental, playfully contrasting aesthetics have been eerily anticipating our strange times, finally locking into the larger zeitgeist with her spellbinding album ‘RAY’.
https://ashleypaul.bandcamp.com/album/ray-2