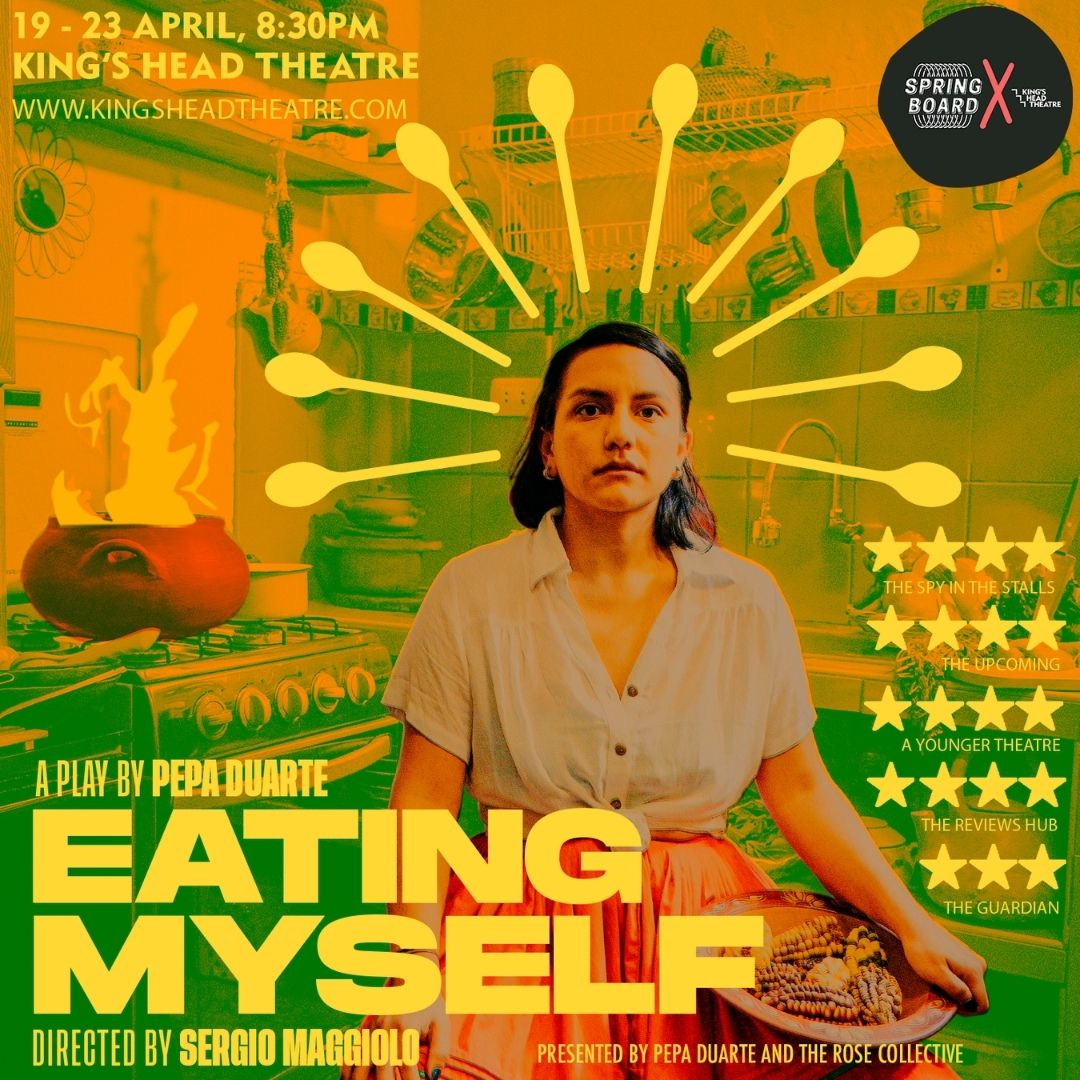 Eating Myself is a powerful and vulnerable female exploration about food, the kitchen, and looking after oneself as a woman

A communal experience through cooking on stage, while digging into the performer’s deep fight around body image, self-care, and family.

This is a show with South American flavour, that will take audiences back to their cultural roots and question how different we really are.

“A brave and deeply personal account of one woman’s complicated relationship with food, family and heritage.” – A Younger Theatre * * * *

“Duarte sparkles on stage, and the honesty behind her performance is undeniable” – The Upcoming * * * *

“intimate and inventive one-woman show… What gives the show its unique power is an overt and audacious theatricality.” – The Guardian * * *