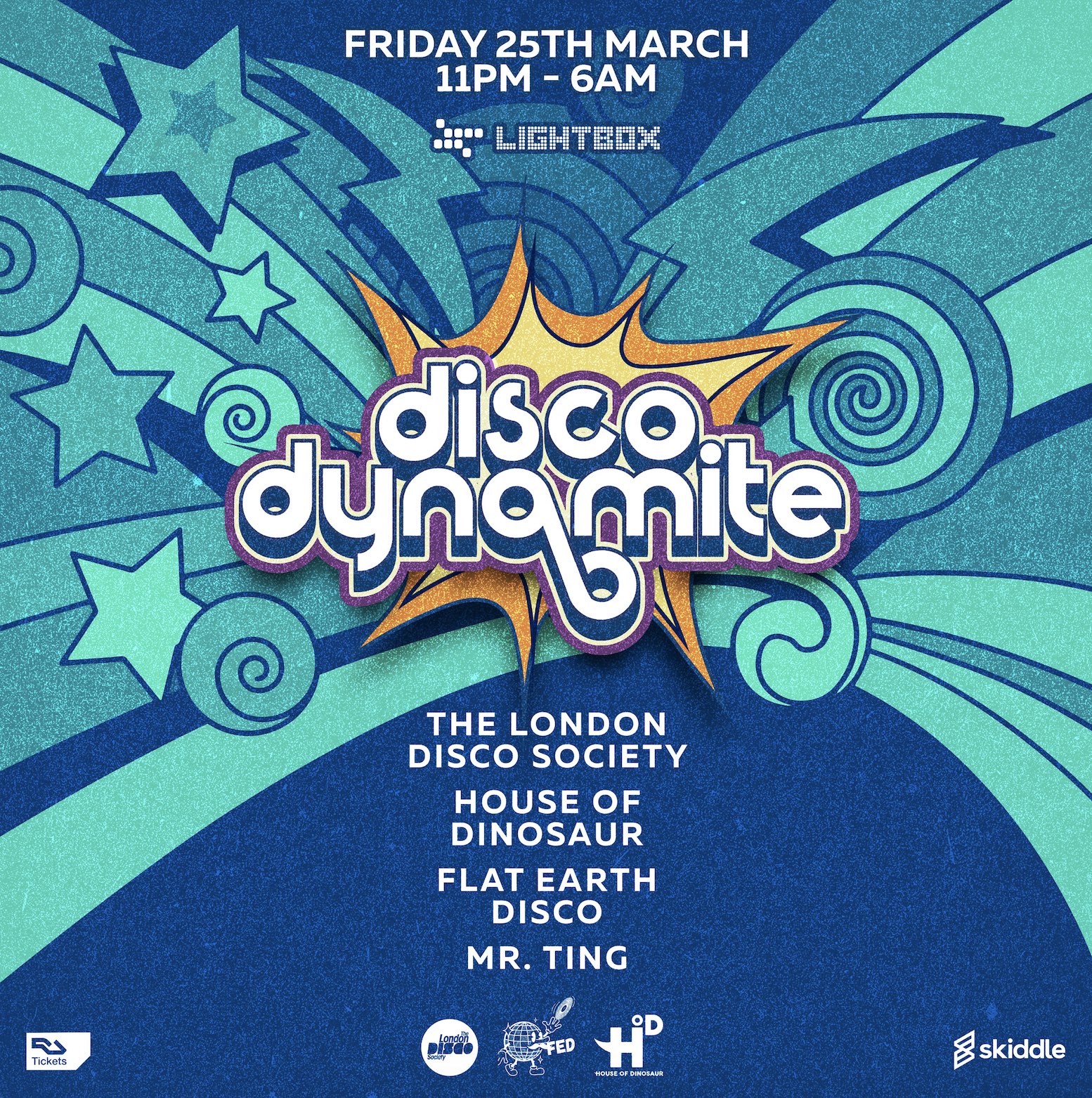 If there is one thing we all need more of in our lives, it’s DISCO! 🎉

And we have the answer – a night filled with vintage DISCO anthems, matched with explosive performers and exciting production, get ready to be taken back to the 80’s! 😎

Topping the bill we have esteemed party starters The London Disco Society who are joined by the infamous band of disco bandits, House of Dinosaur, up and coming party starter collective Flat Earth Disco and local legend Mr Ting.