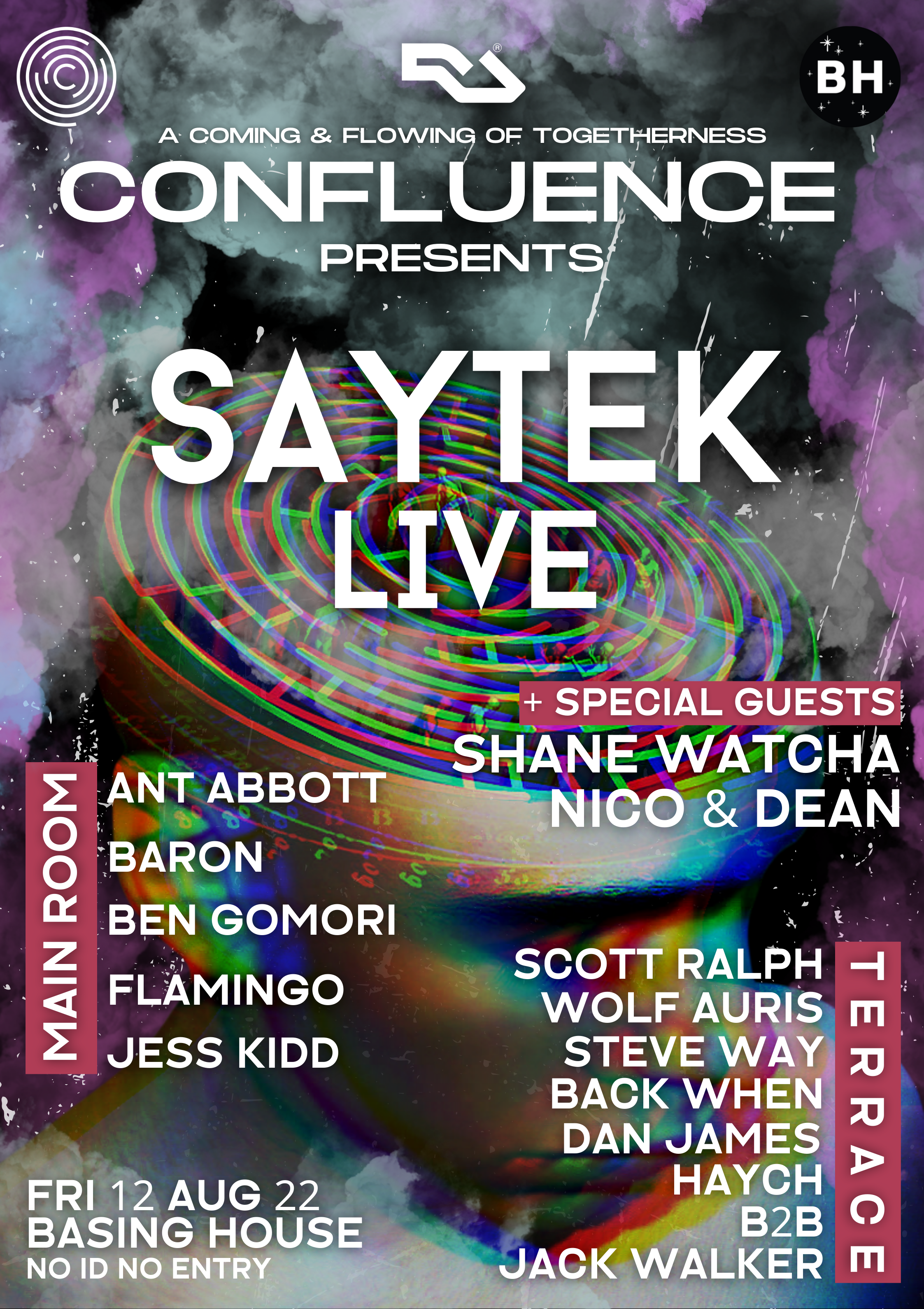 After our last event in Space 289 – Colonies have now become CONFLUENCE. A coming and flowing of togetherness, where all the ravers of East London will congregate and blow the roof off the 300-capacity Basing House.

UK artist, Saytek (aka Joseph Keevill) has gathered some serious momentum over the last few years, becoming one of the electronic music scene’s most in-demand live acts. With House and techno pioneers such as Carl Cox, Kevin Saunderson, Darren Emerson, Steve Lawler, Danny Rampling, Dr Motte, and MR.C not only singing his praises but also hitting him up for tracks & albums to release and booking him to perform live at their events. Saytek has garnered acclaim the world over with his improvised live shows that see him using a myriad of kits, including analogue synths, sequencers and drum machines, alongside cutting-edge digital technology to perform a unique blend of deep & hypnotic techno, acid and house that is forward-thinking yet not forgetting influences from Detroit or the UK’s and Europe’s fiercely inventive 90’s electronic movement.

With the brand new open-top terrace, we have even more DJs and four to-the-floor bangers for the evening. Curated by special guests Nico & Dean. You don’t want to miss out on this exclusive night in such an intimate space in the heart of East London.