Comedy for the Curious: WEED 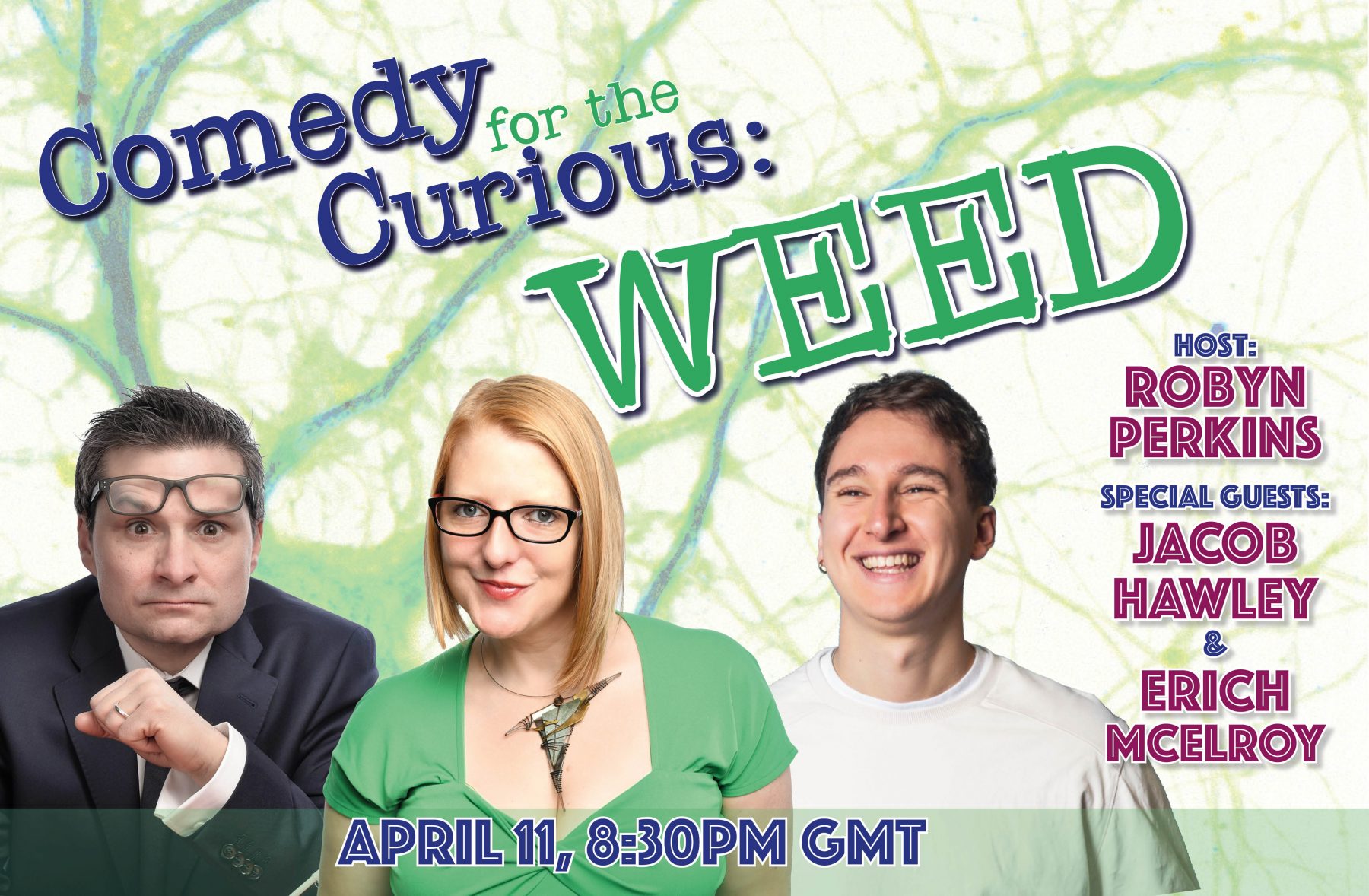 with Jacob Hawley (BBC Radio4), Erich McElroy (BBC) & Host Robyn Perkins
We all know legalising Marijuana is a hot topic. In addition to the many medical benefits, it’s also responsible for many hilarious stories. This week, 3 comics deliver 3 completely different stand-up sets about pot, from both a personal and scientific perspective.
Comedy for the Curious is a science, comedy chat show for anyone who loves comedy and is, well, a bit curious. Join Robyn Perkins (Sydney Fringe Comedy Award Winner), and 2 guest comics to watch 3 unique stand-up sets, all around the topic at hand. This engaging hour then wraps up with our game “Versus the Audience”, because who doesn’t like a game? Comedy for the Curious is a hilarious and interesting online comedy show, laced with science.