Comedy for the Curious: The Truth 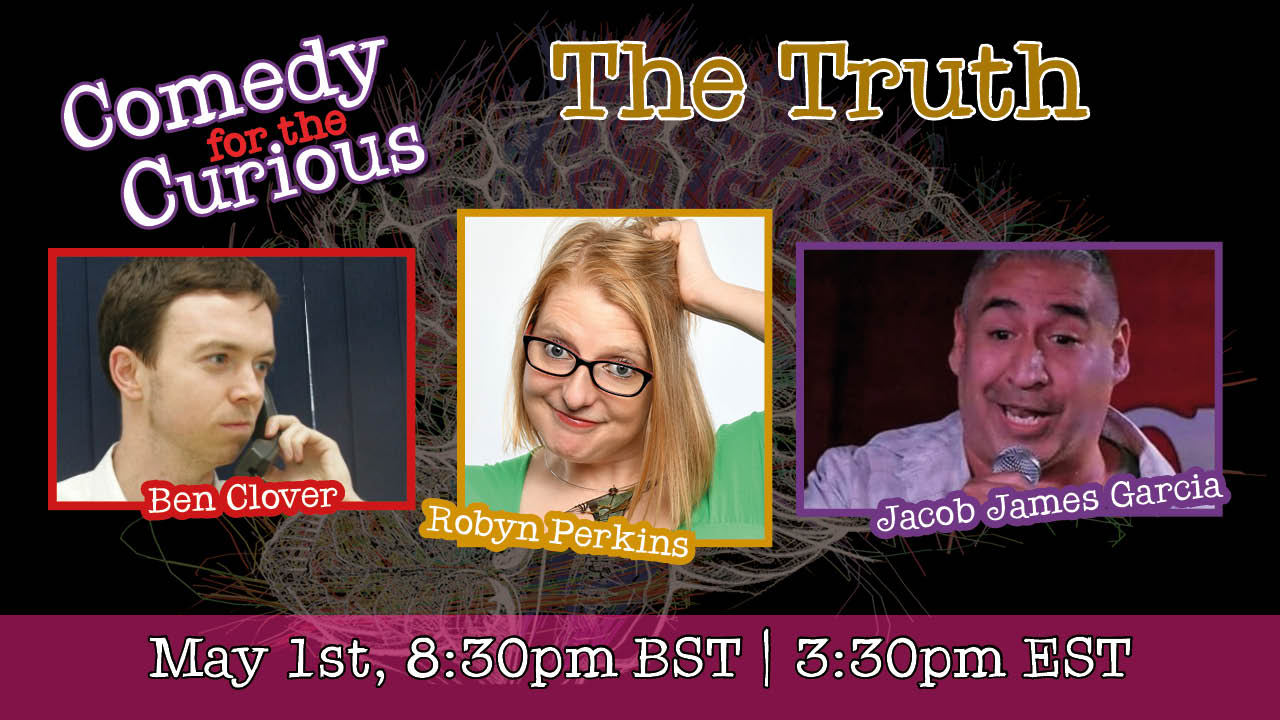 The Truth with Robyn Perkins, Ben Clover & Jacob James Garcia. What is the truth? Can you ever REALLY know the truth? Join us for a hilarious and exciting Comedy for the Curious about truth, lying, bias and misinformation.

Comedy for the Curious is a comedy chat show for anyone with an inquisitive mind. Join Robyn Perkins (Sydney Fringe Comedy Award Winner) and two guest comics to watch three unique stand-up sets, all around the topic at hand. This engaging hour then wraps up with our game “Against the Audience” because who doesn’t like a game?  Comedy for the Curious is a hilarious and exciting online comedy show laced with science.