Comedy for the Curious: Personality (Part 2) 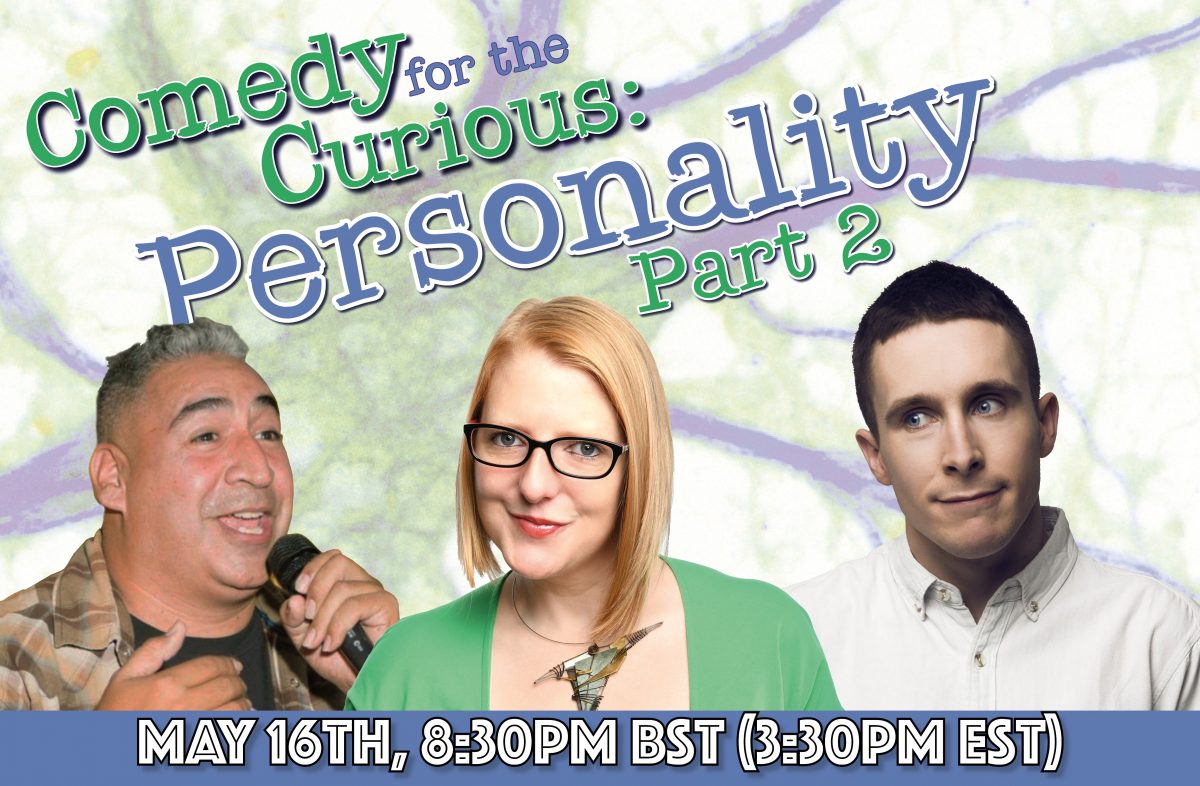 Checkout our new comedy for the curious trailer:

with Larry Dean (Live at the Apollo), Jacob James Garcia & Host Robyn Perkins
Personality is such a big topic, we’ve needed a few shows to cover it. This show looks at what gives us our personality, and as always, we are covering it comedically, from both a scientific and non-scientific angle. AND don’t worry if you missed Part 1, we got you.

Comedy for the Curious is a science, comedy chat show for anyone who loves comedy and is, well, a bit curious. Join Robyn Perkins (Sydney Fringe Comedy Award Winner), and 2 guest comics to watch 3 unique stand-up sets, all around the topic at hand. This engaging hour then wraps up with our game “Versus the Audience”, because who doesn’t like a game? Comedy for the Curious is a hilarious and interesting online comedy show, laced with science.