Comedy for the Curious: Flavour Chat 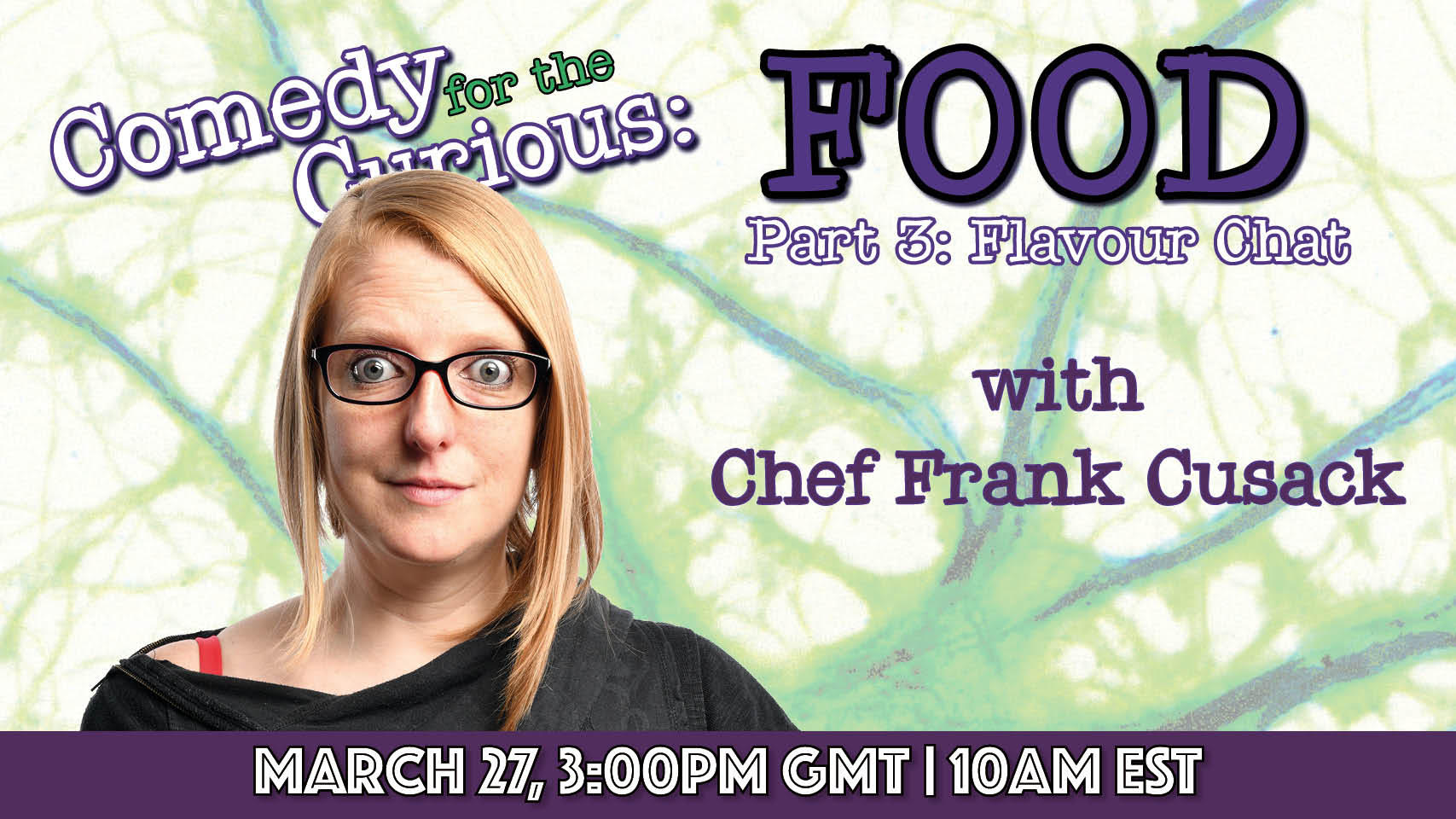 This week’s CFTC is QUITE different. We are having a chat about flavour with Chef Frank Cusack. It will be an informal chat, followed by a couple games.

Comedy for the Curious is the comedy chat show where curiosity and stand-up comedy are combined. Each show comprises of three very different stand-up comedy sets all around the topic at hand. Host Robyn Perkins uses comedy to explore the science behind the theme while the comedian guests take a more light-hearted approach.

The show also weaves in hysterical, personal (and often revealing!) chat while exploring the subject further and wraps up in our outrageously silly game that has you, the audience, compete against the comedians!