Comedy for the Curious: EMOTIONS (part 1) 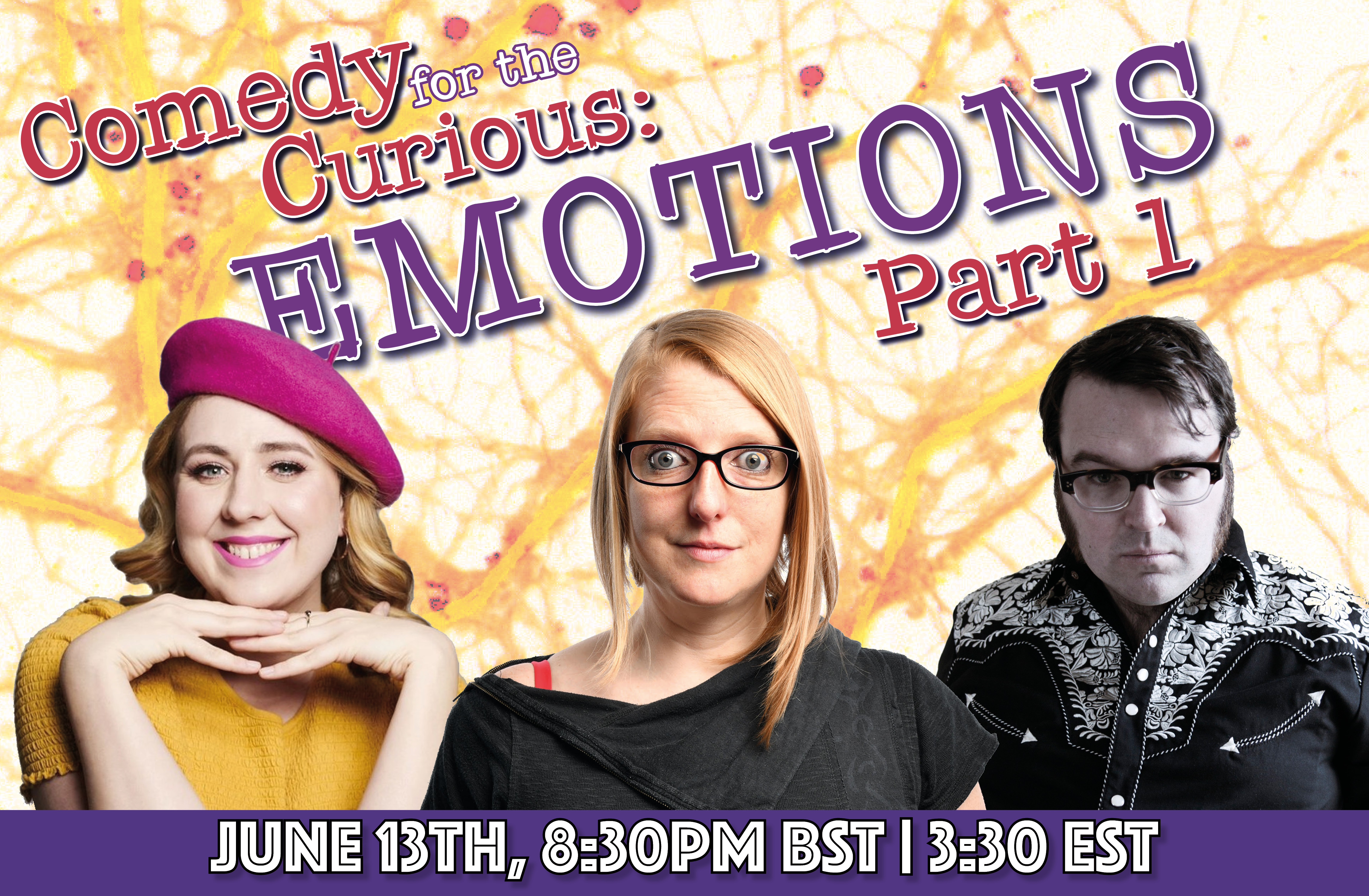 Comedy with Jarred Christmas (8 Out of 10 Cats), Helen Bauer (Comedy Central) & Host Robyn Perkins Tricky things emotions… tricky to control, tricky to discuss, tricky to write into some form of blurb… We all have them, for better or worse, but some people need to know more.

Some people need to over analyse them and research them so they can make a spreadsheet about them to keep them in check! Comedian host Robyn Perkins is one such person and the results are nothing but hilarious!

Comedy for the Curious is a science, comedy chat show for anyone who loves comedy and is, well, a bit curious. Join Robyn Perkins (Sydney Fringe Comedy Award Winner), and 2 guest comics to watch 3 unique stand-up sets, all around the topic at hand. This engaging hour then wraps up with our game “Versus the Audience”, because who doesn’t like a game? Comedy for the Curious is a hilarious and interesting online comedy show, laced with science.
Checkout our new comedy for the curious trailer: https://youtu.be/XoCNgnflb1w