Comedy for the Curious: CONFIDENCE (part 2) 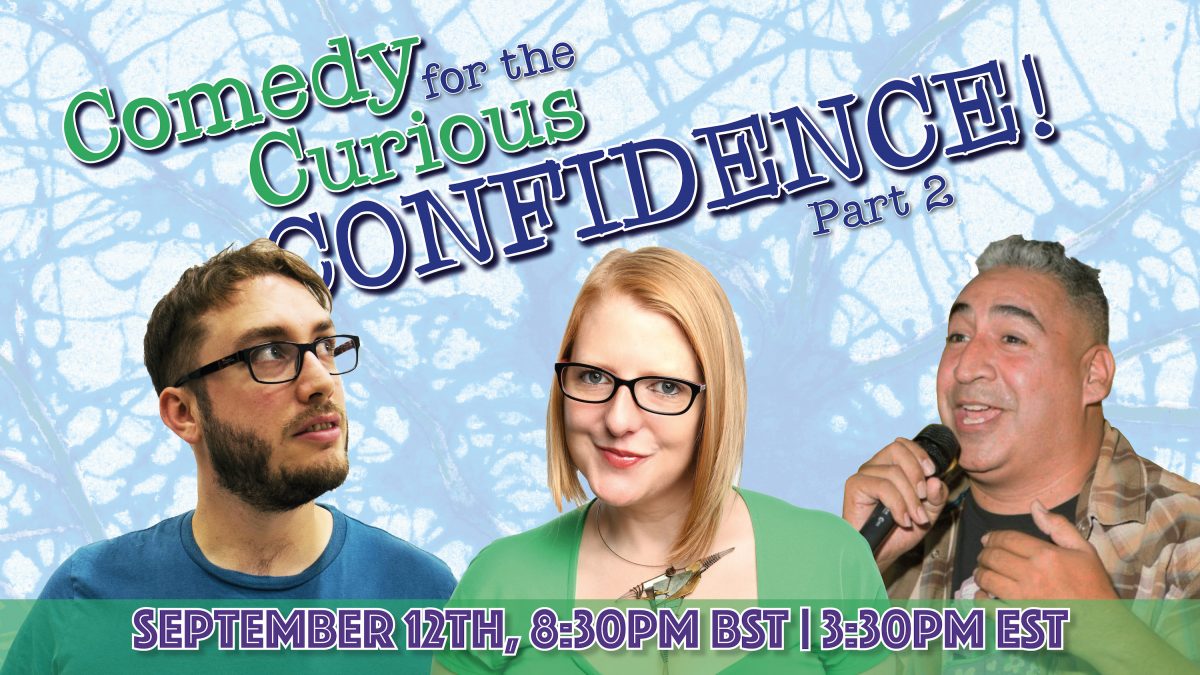 featuring Robyn Perkins with guest comedians Ryan Beardsmore &Jacob James Garcia
That’s right, confidence is SUCH a huge topic, we needed two shows to cover it all. In a completely new show all about confidence, three comedians tackle the subject at hand, telling stories of overconfidence or a complete lack of confidence, and the consequences of having either.
Comedy for the Curious is a science, comedy chat show for anyone who loves comedy and is, well, a bit curious. Join Robyn Perkins (Sydney Fringe Comedy Award Winner), and 2 guest comics to watch 3 unique stand-up sets, all around the topic at hand. This engaging hour then wraps up with our game “Versus the Audience”, because who doesn’t like a game? Comedy for the Curious is a hilarious and interesting online comedy show, laced with science.