Comedy for the Curious: CONFIDENCE live at Angel 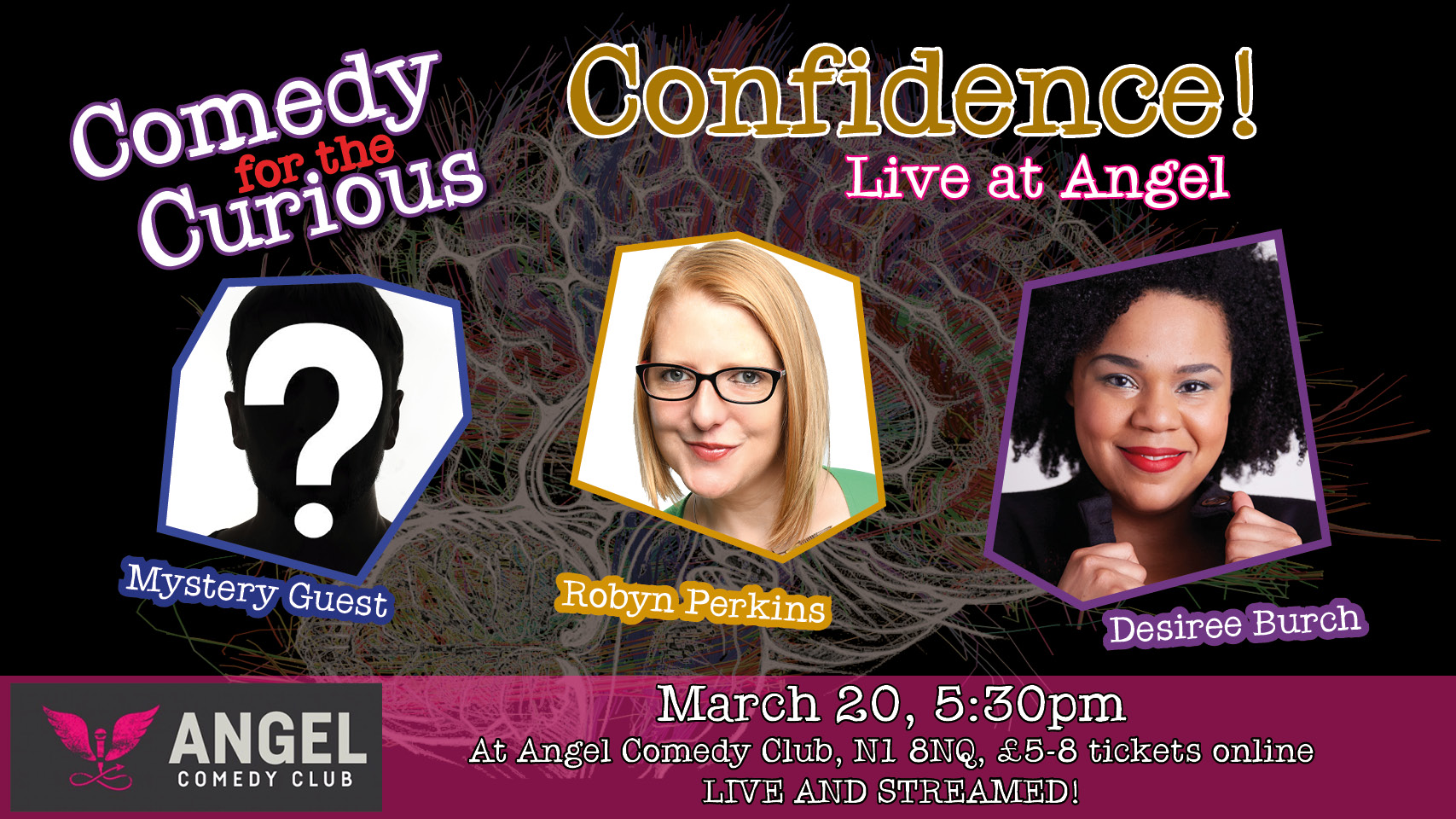 Comedy for the Curious is a comedy panel show for anyone with a curious mind. Join Robyn Perkins (Sydney Fringe Comedy Award Winner) and guest comedian Desiree Burch (Live at the Apollo, Too Hot to Handle and more) alongside a surprise guest for a comedy show all about confidence. The show combines stand-up comedy, science comedy, an honest (and usually revealing) chat, and our game “Versus the Audience”. Comedy for the Curious is a hilarious and exciting online comedy show laced with science.