Comedy for the Curious: Accents 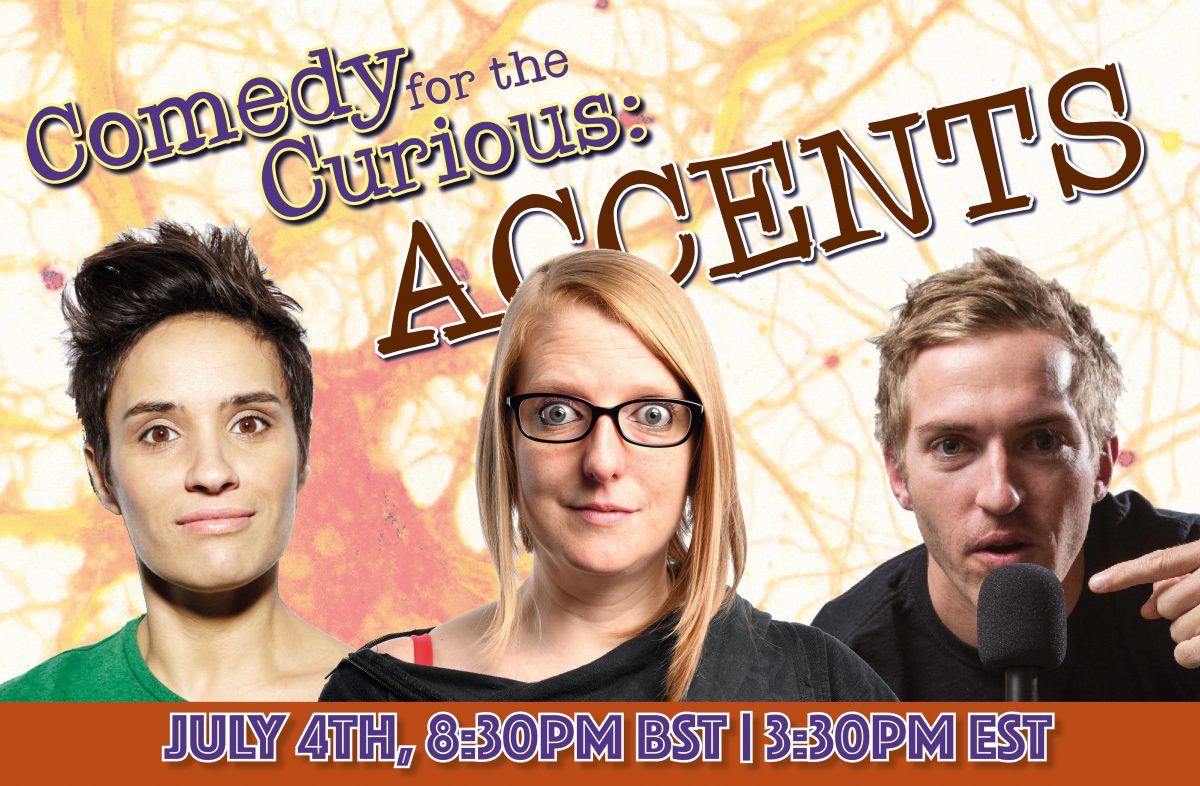 With guests Russell Hicks, Jen Brister & Host Robyn Perkins
We all have one, and they aren’t all the same! Most people can’t hear their own accent, but it can be a make or break for others! There are some accents we distrust, some that disgust and some that make us lust! Also, the ultimate question… can we truly change our accent?!

Comedian host Robyn Perkins looks into the why’s, how’s, where’s and when’s of Accents!
Comedy for the Curious is a science, comedy chat show for anyone who loves comedy and is, well, a bit curious. Join Robyn Perkins (Sydney Fringe Comedy Award Winner) and 2 guest comics to watch 3 unique stand-up sets, all around the topic at hand. This engaging hour then wraps up with our “Versus the Audience” game because who doesn’t like a game? Comedy for the Curious is a hilarious and interesting online comedy show laced with science.
Check out our new comedy for the curious trailer: https://youtu.be/XoCNgnflb1w

Emily posted an update 13 minutes ago

Andy posted an update 12 hours ago