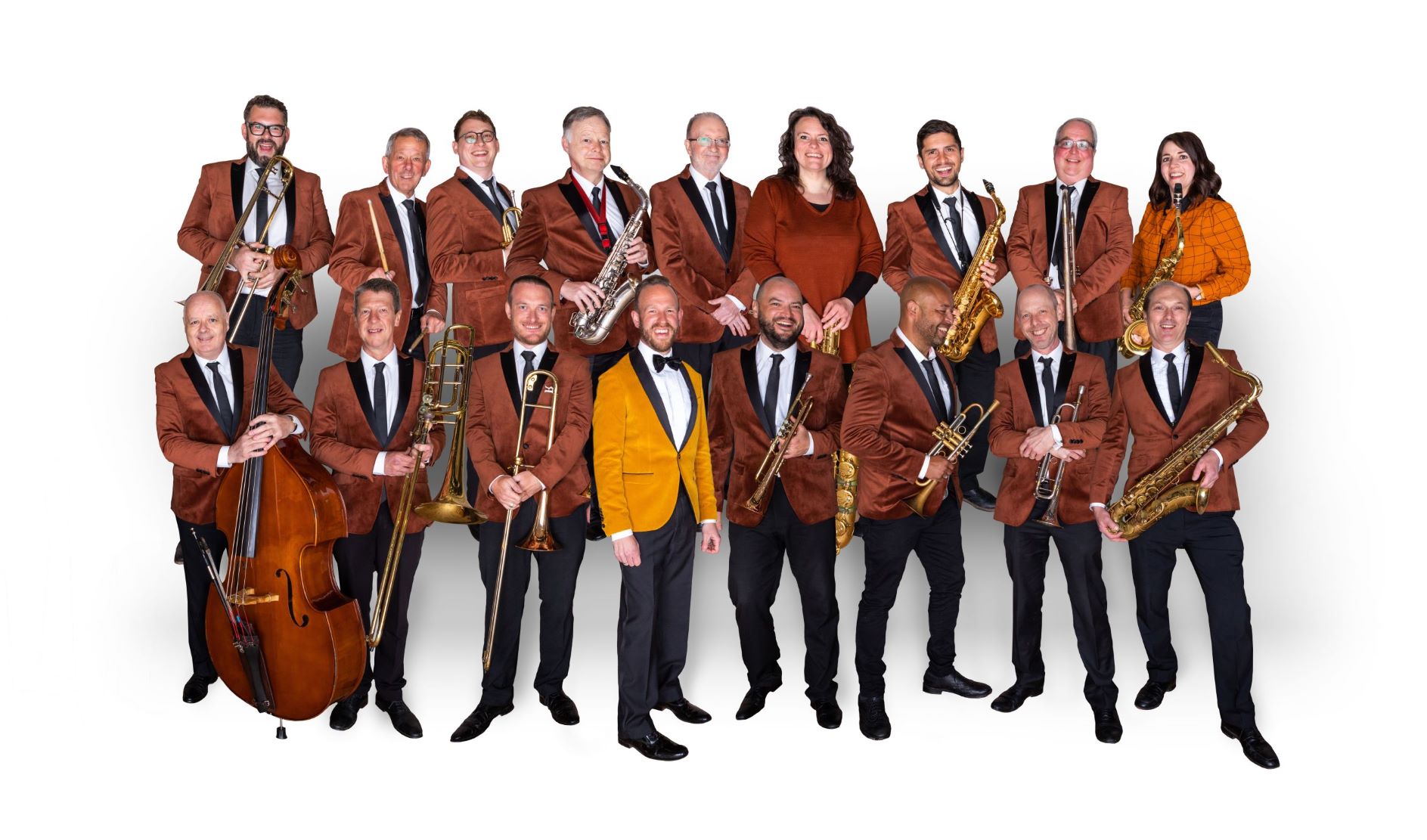 Nothing says Christmas like Bing Crosby, Michael Bublé and the classic sound of a big band. This year, the Len Phillips Swing Orchestra is back to celebrate in style with A Swingin’ Christmas. It’s a seasonal family favourite show packed with some of the best-loved Christmas tunes of all time like Jingle Bells, Santa Claus Is Coming To Town, Rudolph The Red-Nosed Reindeer, and many more.

Star of the West End’s Rat Pack, Gary Williams has performed worldwide, from the BBC Concert Orchestra to the Melbourne Symphony, Bestival to Buckingham Palace. He’s been described as “The UK’s leading standard-bearer for the supercool era” by the London Evening Standard and will be singing some of the biggest holiday hits from Sleigh Ride to Let It, Snow evoking the style and charm of the golden age of the crooners.

Louise Cookman has performed with the Pasadena Roof Orchestra, with the BBC Big Band for Radio 2’s Big Band Special and with The Glenn Miller Orchestra UK. She was recently the featured vocalist on “Len Goodman’s Dancing Feet” for BBC television and has performed at Ronnie Scott’s Jazz Club, Cadogan Hall, and the Royal Festival Hall. Louise brings to the stage the magic of the greatest female singers with everyone’s holiday favourites, including Have Yourself A Merry Little Christmas, The Christmas Song and Silent Night.

This is the most beautiful time of the year, so get your friends together and bring in the holiday season with the Len Phillips Swing Orchestra and A Swingin’ Christmas.

The London Library posted an update 2 days, 9 hours ago

Music for LONDON posted an update 1 week, 2 days ago