Chop Me Up Or Let Me Go – One-Act Dark Comedy 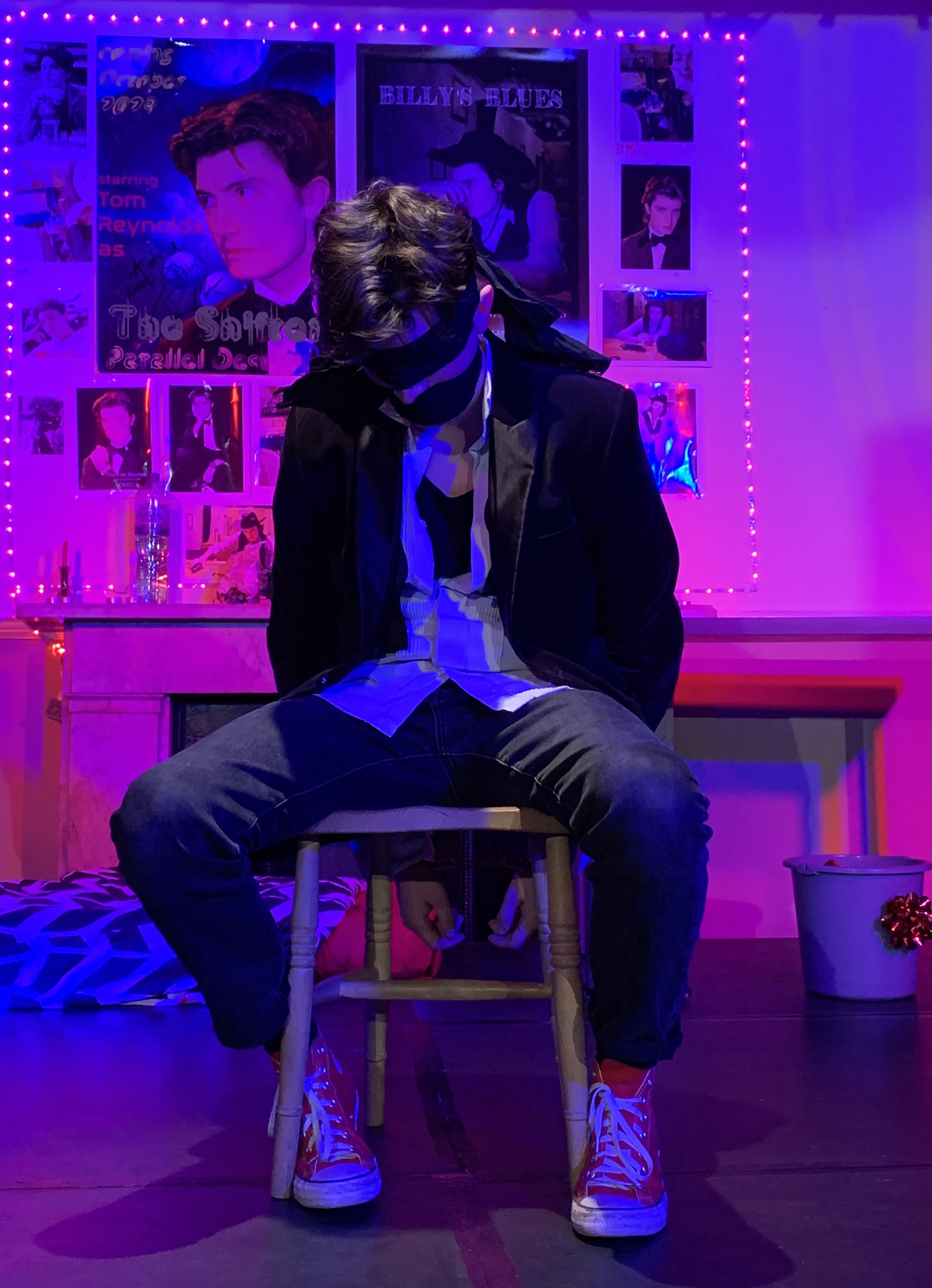 Chop Me Up Or Let Me Go, Starring Alastair Coughlan & Ciara Murphy, written and directed by Lesley Ann Albiston, is a one-act dark, sexy comedy about survival and obsession, set in the near future. In this tense and quick-fire two-hander, a famous male actor is abducted by a female stalker; but her motives for the violation are not as straightforward as they seem. He must learn how to negotiate his way out of imprisonment using all his skills and cunning. In a world where social media has rendered privacy obsolete, the dangers of presumed intimacy are exposed – but the reality unfolding outside is even darker than our protagonists could imagine.

“The dialogue is snappy and scene changes happen at a rapid pace. The direction of movement is well-considered and beautifully realised” London Pub Theatres Magazine ****

“This short play is packed with punchy dialogue and snappy retorts. The references to popular horror movies and TV shows become little Easter eggs for the audience.”
The Reviews Hub***

“A dark comedy with a twist… With a strong cast of two, who have an excellent working relationship and a high level of trust to be able to perform some of the physical scenes was the strong foundation for the play” – Theatre and Art Reviews****

“A funny, dark, and intriguing take on what happens when two distinct personalities find themselves stuck together for an inordinate amount of time. Chop Me Up or Let Me Go is a tense two-hander written that explores survival, obsession, and human relations through the lens of its two characters.
The direction by Albiston is uncomplicated and character-driven, crafting the narrative set-up such that there is a bit of unpredictability that keeps us guessing…”
Northwest End UK****

“For high-flying actor Tom (my bet is that his character is based on Robert Pattinson) this is a mad nightmare in handcuffs, with a decorated bucket for emergencies as the main sidekick. While weeks pass by in this intimate play – mostly set between four windowless walls – time for Tom is only measured in failed escape attempts. His stalker’s hope that he might, maybe, develop Stockholm syndrome one day, is a long journey of obsession, mistrust, and forgiveness.”
Sadie Takes the Stage****