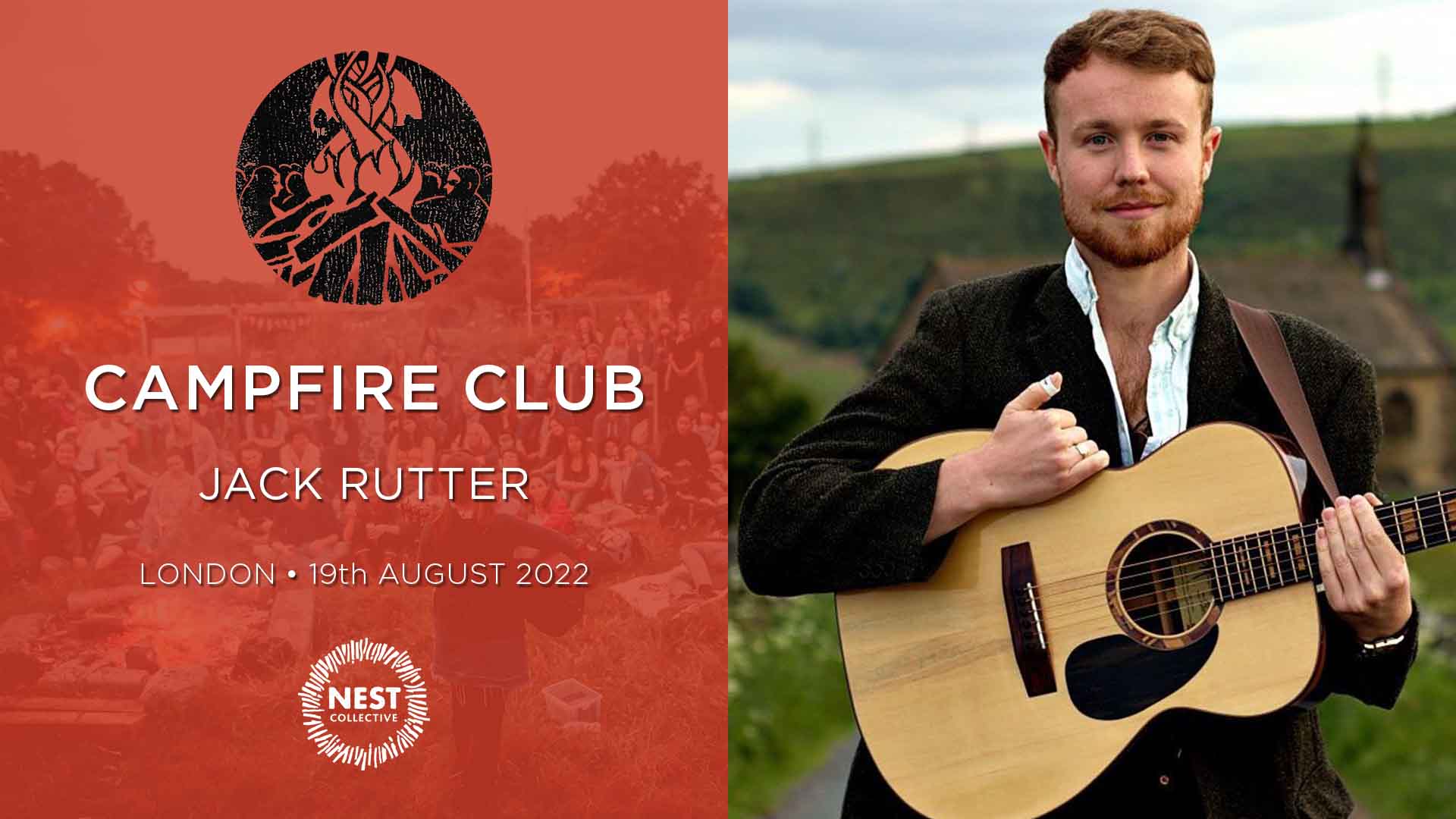 The Nest Collective invites you to enjoy a beautiful fireside concert with Jack Rutter.

For this Campfire Club we are delighted to present Jack Rutter.

Yorkshire folk singer Jack Rutter has established himself as one of the standout voices of the folk, roots and acoustic music scene in recent years. A hugely engaging stage presence, his soaring vocal, powerhouse guitar and bouzouki playing and masterful arrangements of traditional songs and contemporary covers have enthralled audiences from the largest festival main stages to the most intimate folk clubs. Following on from his critically acclaimed second album Gold of Scar & Shale, 2022 will see the release of a brand new EP, with 2023 bringing the successor to Gold of Scar & Shale in the form of a new album of traditional songs.

‘An outstanding performer.’ – The Independent

Opening this show will be Fellow Pynins.

Fellow Pynins is a Portland, Oregon based contemporary folk duo with an anchor in the balladry tradition.