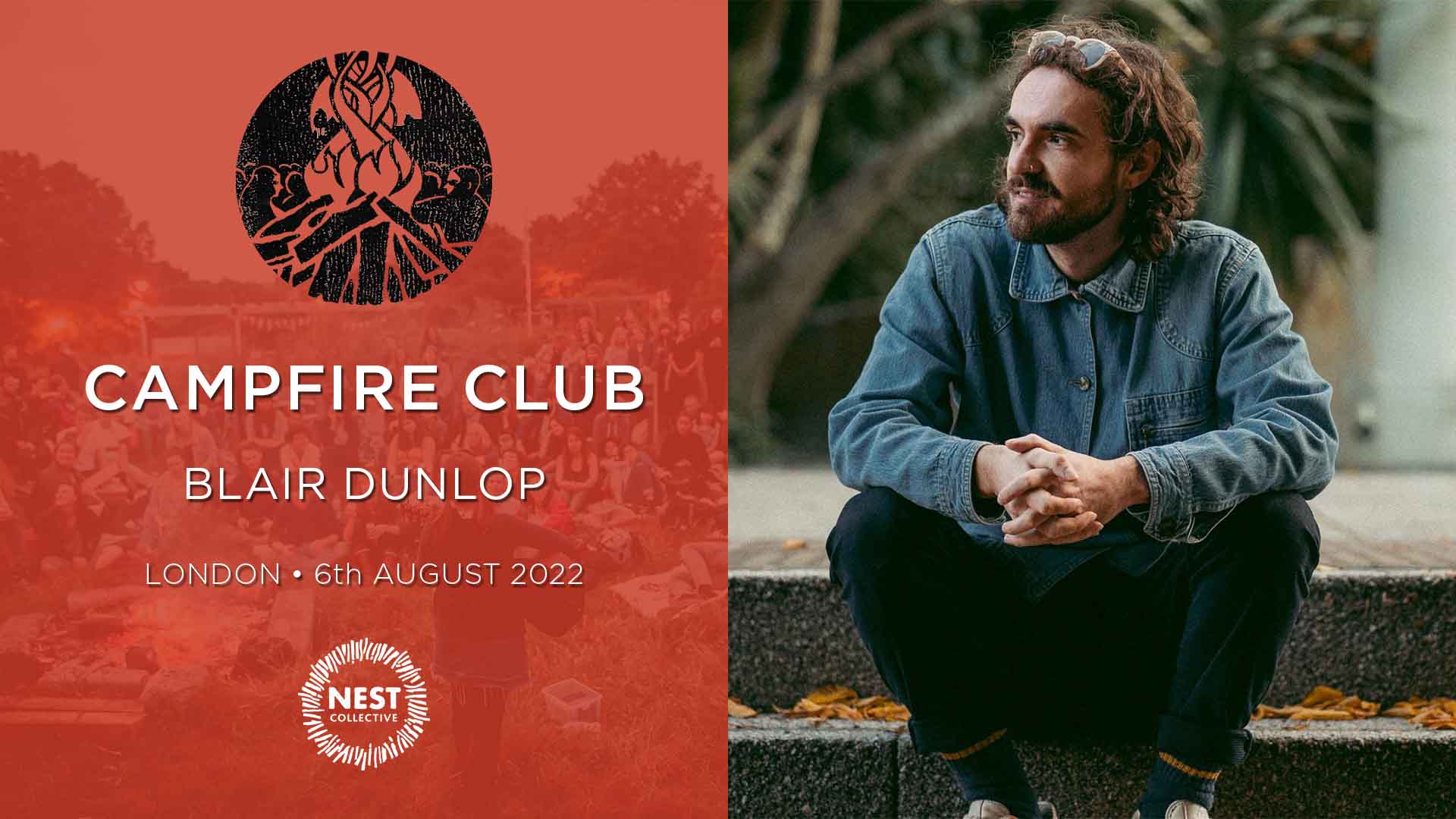 The Nest Collective invites you to enjoy a beautiful fireside concert with Blair Dunlop.

For this Campfire Club we are delighted to present Blair Dunlop.

Blair Dunlop, award-winning British singer-songwriter and guitarist, has now released 4 albums 2 ep’s and toured around the globe. All of this in a short 5-year career is astounding alone but what sets Blair apart from his peers is the lyrical and musical maturity with which he writes. His third album ‘Gilded’ was released in May 2016 on his own label – Gilded Wings – and was widely acclaimed gaining BBC Radio 2 Playlist status for the two single releases (‘The Egoist’ and ‘356’).

Prior to this Blair released his acclaimed album ‘House Of Jacks’ in mid 2014 which lived up to the promise of his 2012 debut ‘Blight and Blossom’ (the quality of which contributed to his winning the BBC Radio 2 Horizon Award). Blair has now cemented his place as one of Britain’s most exciting talents.. 2018 Blair saw the release of his 4th album ‘Notes From An Island’ on his own label to rave reviews.