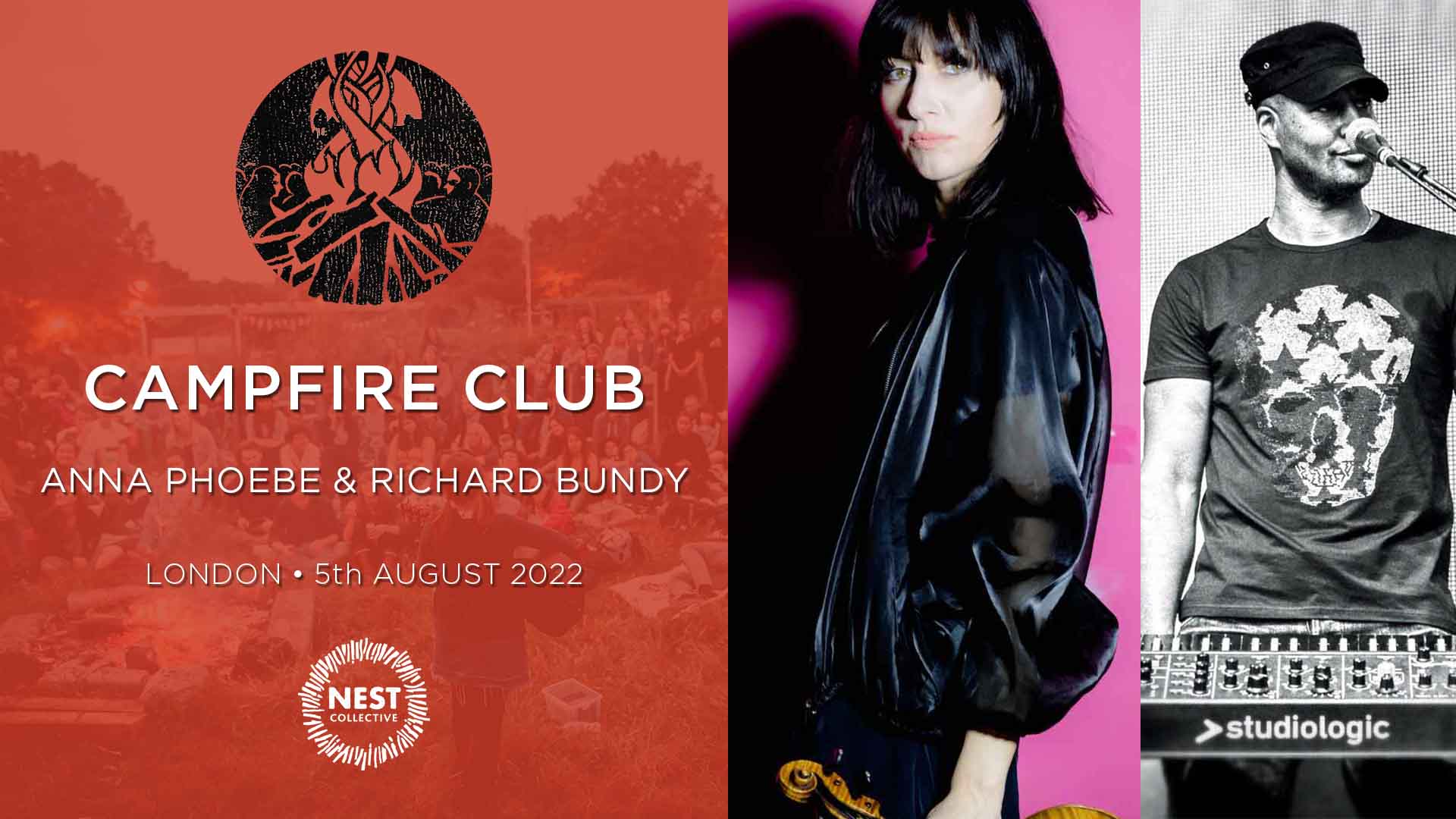 The Nest Collective invites you to enjoy a beautiful fireside concert with Anna Phoebe & Richard Bundy.

For this Campfire Club we are delighted to present Anna Phoebe & Richard Bundy.

Anna Phoebe is a violinist and composer on cross-genre collaborative projects, working across science, space, poetry, dance, film and art.

Richard Bundy is Musical Director to multi-platinum artist Marlon Roudette, and has toured with All Saints, The Suga Babes, Shania Twain, Charlene Soraia supporting Emilie Sande, Mattafix, Nathan ‘Flute Box’ Lee and The Artists in Residence Programme at The Royal Festival Hall in London to name a few.