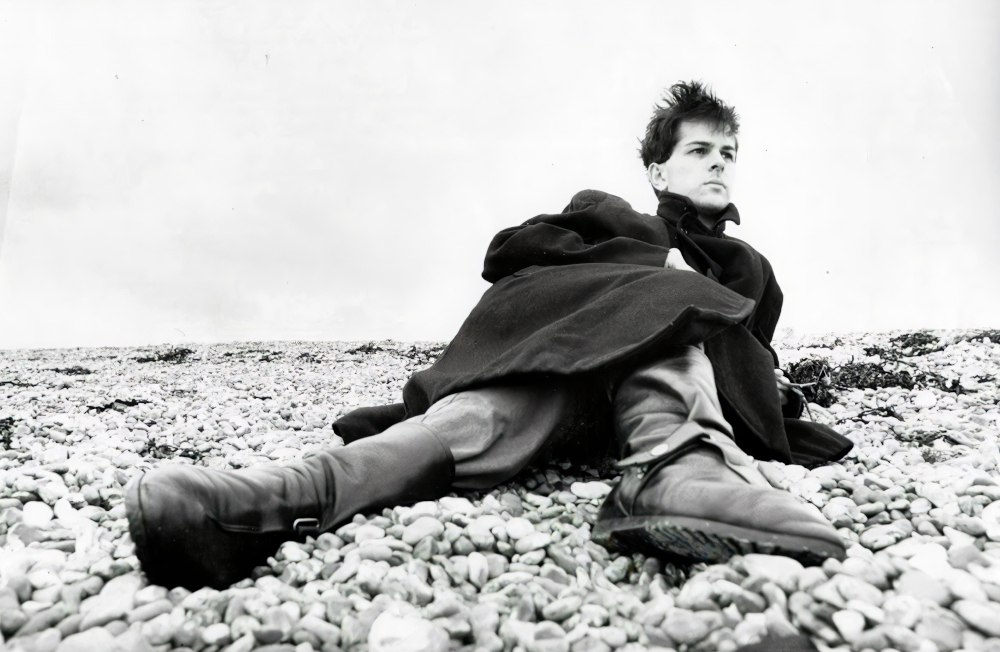 BERTIE MARSHALL is a writer/ performer. He is also an acclaimed memoirist, most well known for his book ‘Berlin Bromley’ (2006) about his transformation from Bertie, an anxious, androgynous, depressed teenager, into Berlin, a teenager who would reject suburban values and become a founding member of punk’s ‘Bromley Contingent. Alongside Siouxsie Sioux, Steven Severin and Billy Idol, He is currently working on ‘Looking: Backwards To Go Forwards’, picking up from ‘Berlin Bromley’ left off.

His other books include the debut novel ‘Psychoboys’ (1997), ‘Nowhere Slow’ (2014), ‘From Sleepwalking to Sleepwalking’ (2016), ‘Wild – re write’ (2017), ‘The Peeler’ (2018) and ‘Pete’s Underpants’ (2019). In 2015 the British Library purchased his writing archive.
From 1980-83, Bertie was the frontman for post-punk boundary-pushers Behaviour Red – they released one single (favourably played by John Peel), did a mini-tour and broke up. At various times Behaviour Red featured Noel Blanden of Normil Hawaiians and fine artist Nicola Tyson. Their sound was characterised by looseness and freedom, boasting tribal drumming, streams of vocals, dazed guitars and feedback. Bertie continued sketching out atmospheric compositions afterwards, too, walking a tightrope between bewildered pop and gothic folk. Bertie’s commanding voice; heartfelt, passionate and masterfully leading you through the story.

Bertie became interested in spoken word and performance poetry in the 90s, which led him to write and perform in his plays and devised theatre pieces. He did regular readings and performances in NYC and began writing books inspired by the visceral talents of Acker & Burroughs. Having lived in Berlin, San Francisco, and Brittany, Bertie now lives in London.
October 29th sees Upset The Rhythm release ‘Exhibit’ by Bertie Marshall, collecting for the first time his songs and spoken word tracks from this fertile period of the 80s-90s. This show will be its timely album launch featuring Bertie reunited with many original musical collaborators.

LUVIA, aka Maddie Vincent, makes ethereal, melancholic pop. Luvia’s haunting vocals and honest, passionate storytelling are based upon a dissociative state. Inspired by cinematography and film, her music has been described as an escape, finding a muse in bold characters and dreamscape visuals.