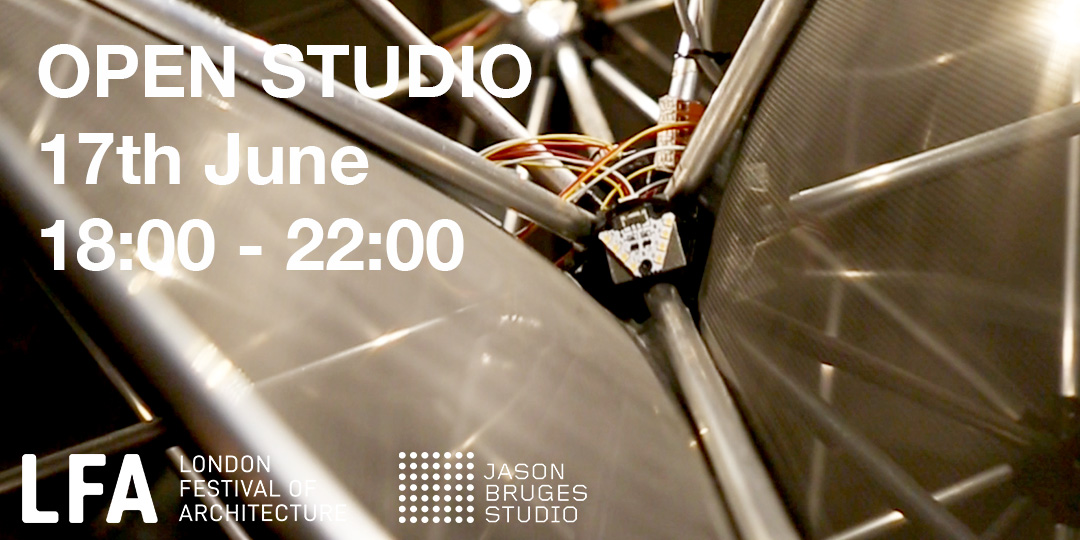 Currently celebrating its 20th Year, Jason Bruges Studio invite you to catch a glimpse of their hands-on creative process. Based in East London’s creative hub, Netil House, the multidisciplinary team will be available to share research and prototypes of upcoming artworks.

Exhibits will include studies for an interactive media canvas inspired by William Morris wallpapers and a dynamic liquid crystal structure that emulates clouds. A series of demos will reveal the development behind recent artworks such as Digital Phyllotaxy, a physical metaphor for a tree at Hankook Tire’s Technoplex in Seoul, and The Constant Gardeners, a monumental robotic installation that coincided with the Tokyo Olympic and Paralympic Games.

Made up of architects, industrial designers, engineers, visualisers and specialists in electronics and programming, Jason Bruges Studio is internationally renowned as a pioneer of the hybrid space between art, architecture and technology. Intervening in the urban environment, each project explores interrelationships between people, data, nature and technology weaving a sense of magic into the fabric of a place. Telling stories and creating conversations, the artworks offer moments of theatre that stir the imagination and bring people together.

Come along and say hello!