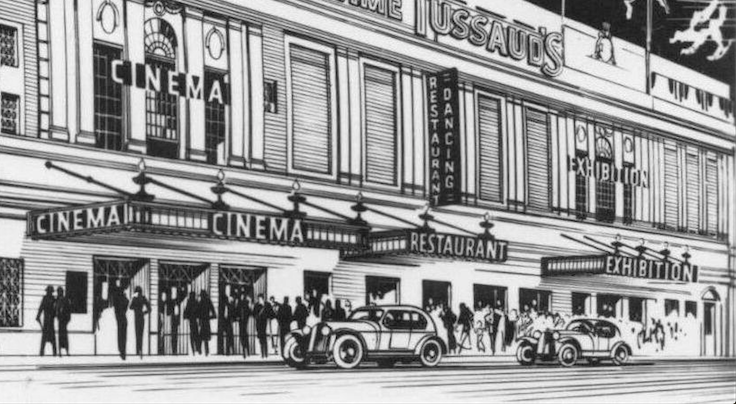 – A Study in Modern(e) Style and Elementary Elegance –
From a block of flats boasting the largest rooftop garden in Europe to a towering head office offering passersby a guiding light, ‘Art Deco in Baker Street’ explores how one of London’s most widely known streets has managed to strike an interesting balance between traditional and modern architecture. While following along the traces of bygone bazaars and lost cinemas, the game is truly going to be afoot and visitors will not only be discovering how department stores and corporations have infused Jazz Age flair into their shop fittings and office facilities, but also, as if channeling the nefarious world of Sherlock Holmes himself, be hearing tales about a mysterious ‘Dr Jekyll and Mr Hyde’-style case of double identity, a bold and brash bank heist (semi) gone wrong as well as a delightfully unconventional school for women detectives.