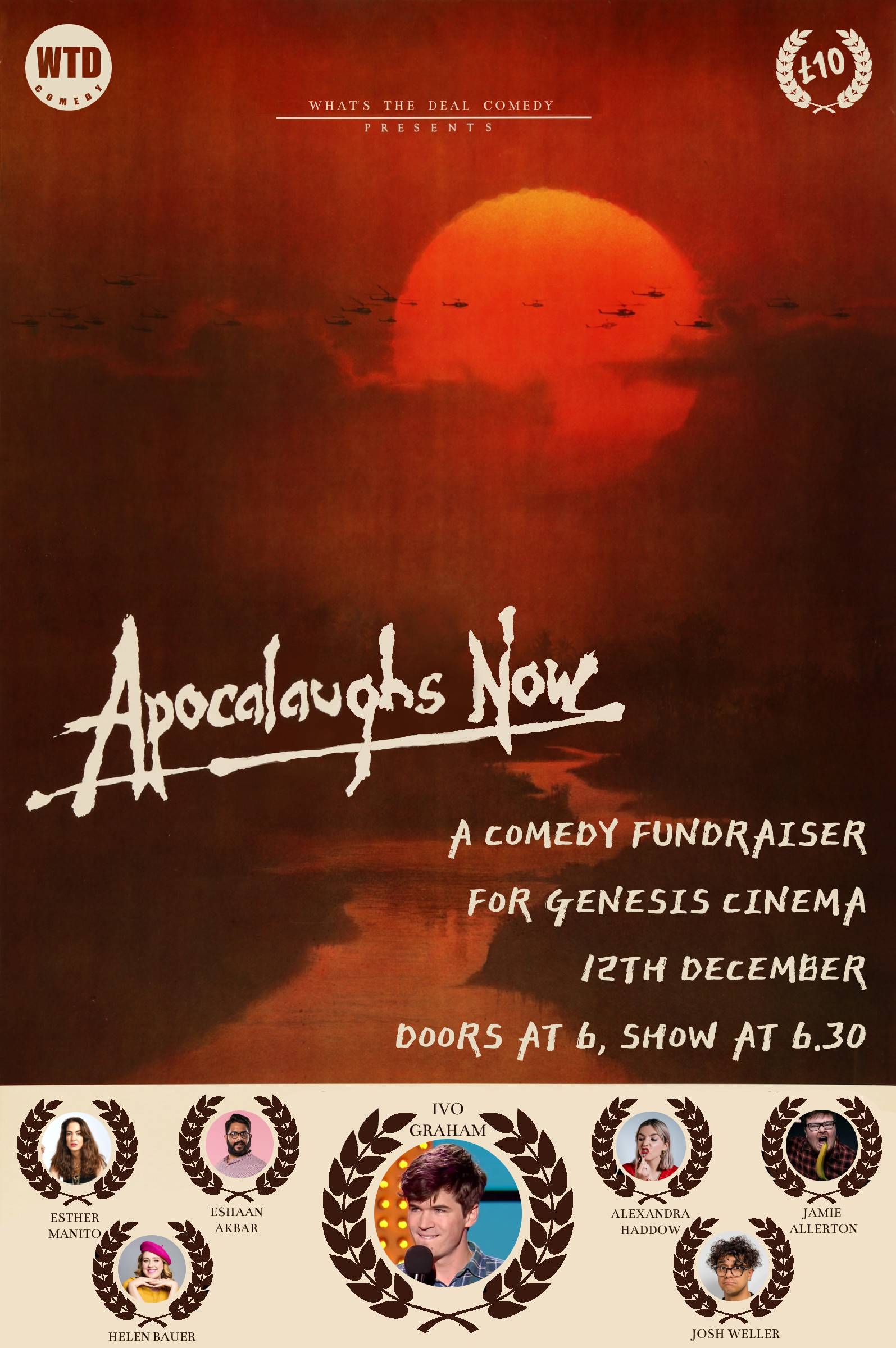 Join us on December 12th for Apocalaughs Now, a night of live stand up comedy at Genesis Cinema. From the funniest and most out of work comedians on the circuit.
Split your sides in your Covid safe bubbles, fill your sanitised hands with popcorn, as we give you the below amazing acts:

Eshaan Akbar – You can hear Eshaan Saturday mornings on The BBC Asian Network. As seen on Mock the Week and Frankie Boyle’s New World Order

Alexandra Haddow – Tour Support for Frankie Boyle and host of the Alex Vs Men Show, selected as one of GQ Magazine’s Best Things To Do In London.

…and your headliner Ivo Graham! As seen on Live At The Apollo, Mock The Week, Live From The BBC and Comedy Central At The Comedy Store