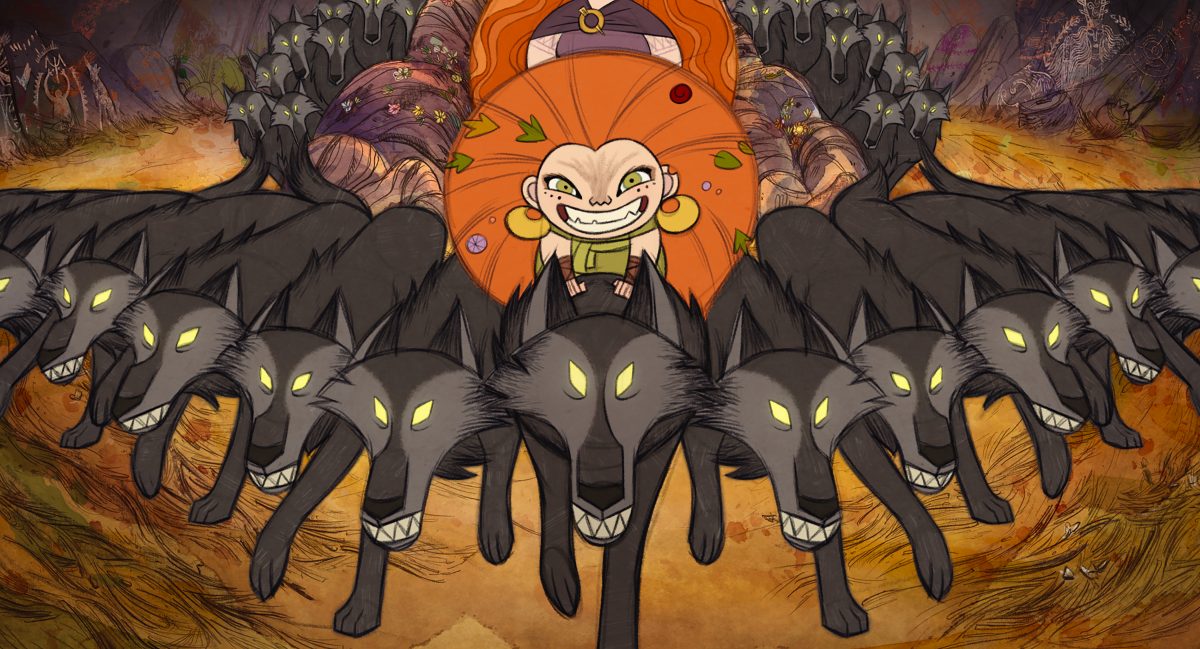 An Oscar-nominated animation film, a hand-drawn animation film encourages young people to hold onto their dreams and hope for a better future embracing difference and diversity.

Part of The Irish for Hope series presents Irish stories imbued with hope for new beginnings, better tomorrows and the goodness that can be found in humanity.

This Oscar-nominated film is an inspirational standard-bearer for hand-drawn animation. The story is also beautifully crafted and offers hope and courage to the young, especially girls, to hold onto their dreams and hope for a better future embracing difference and diversity.

BAFTA and Oscar-nominated WOLFWALKERS was created by Irish animation powerhouse Cartoon Saloon producers of the beautiful SONG OF THE SEA and THE SECRET OF KELLS and features the voices of Sean Bean, Eva Whittaker and Honor Kneafsey.

In a time of superstition and magic, a young apprentice hunter, Robyn Goodfellow, journeys to Ireland with her father to wipe out the last wolf pack. While exploring the forbidden lands outside the city walls, Robyn befriends a free-spirited girl, Mebh, a member of a mysterious tribe rumoured to have the ability to transform into wolves by night. As they search for Mebh’s missing mother, Robyn uncovers a secret that draws her further into the enchanted world of the WOLFWALKERS and risks turning into the very thing her father is tasked to destroy.

Part of “The Irish for Hope”; a series of screenings from Irish Film London made possible with funding from Film Feels Hopeful, a UK-wide cinema season supported by the National Lottery and BFI Film Audience Network. Explore all films and events at filmfeels.co.uk

Upset The Rhythm posted a new event. 1 day, 9 hours ago