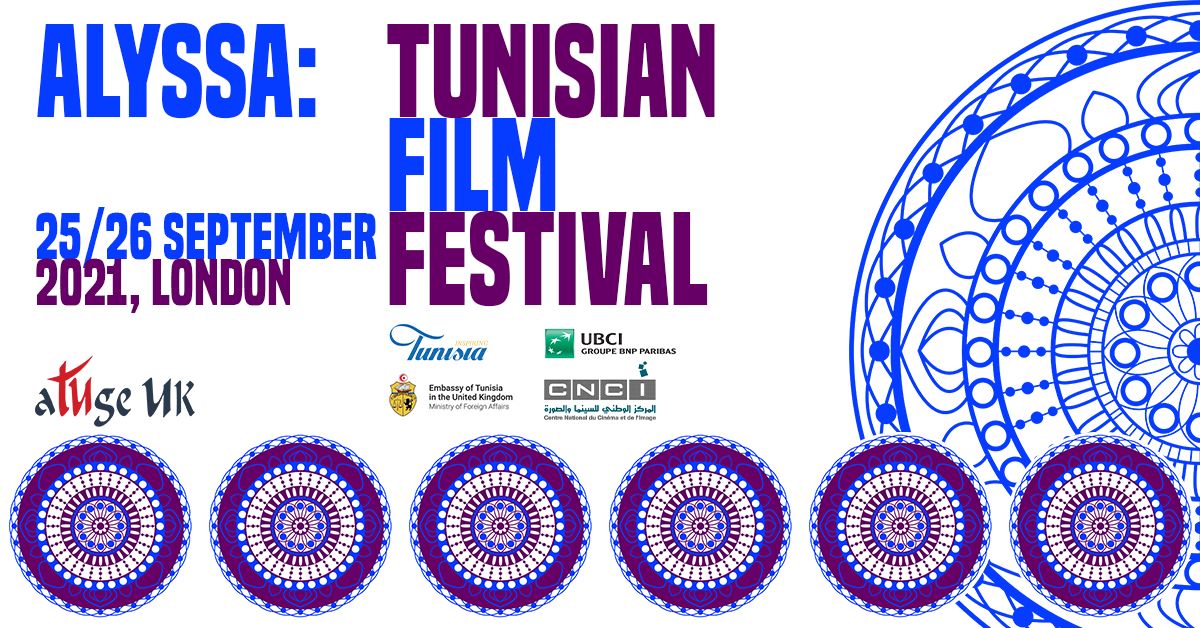 ATUGE UK is delighted to introduce “Alyssa: Tunisian Film Festival” on September 25-26 at Rich Mix in Shoreditch, London. This is the first Tunisian film festival in the United Kingdom. The lineup features five films and a combination of live and online Q&As.

Opening up poignant and powerful themes such as tradition, family, politics, religion and identity, this lineup – including four films set in Tunisia and one following a Tunisian immigrant in France – will allow festival attendees to immerse themselves in Tunisian history and society.

With genres ranging from political thriller to social documentary to family drama, this is an eye-opening exploration of the country’s rich culture, showcasing its brightest filmmaking talent.