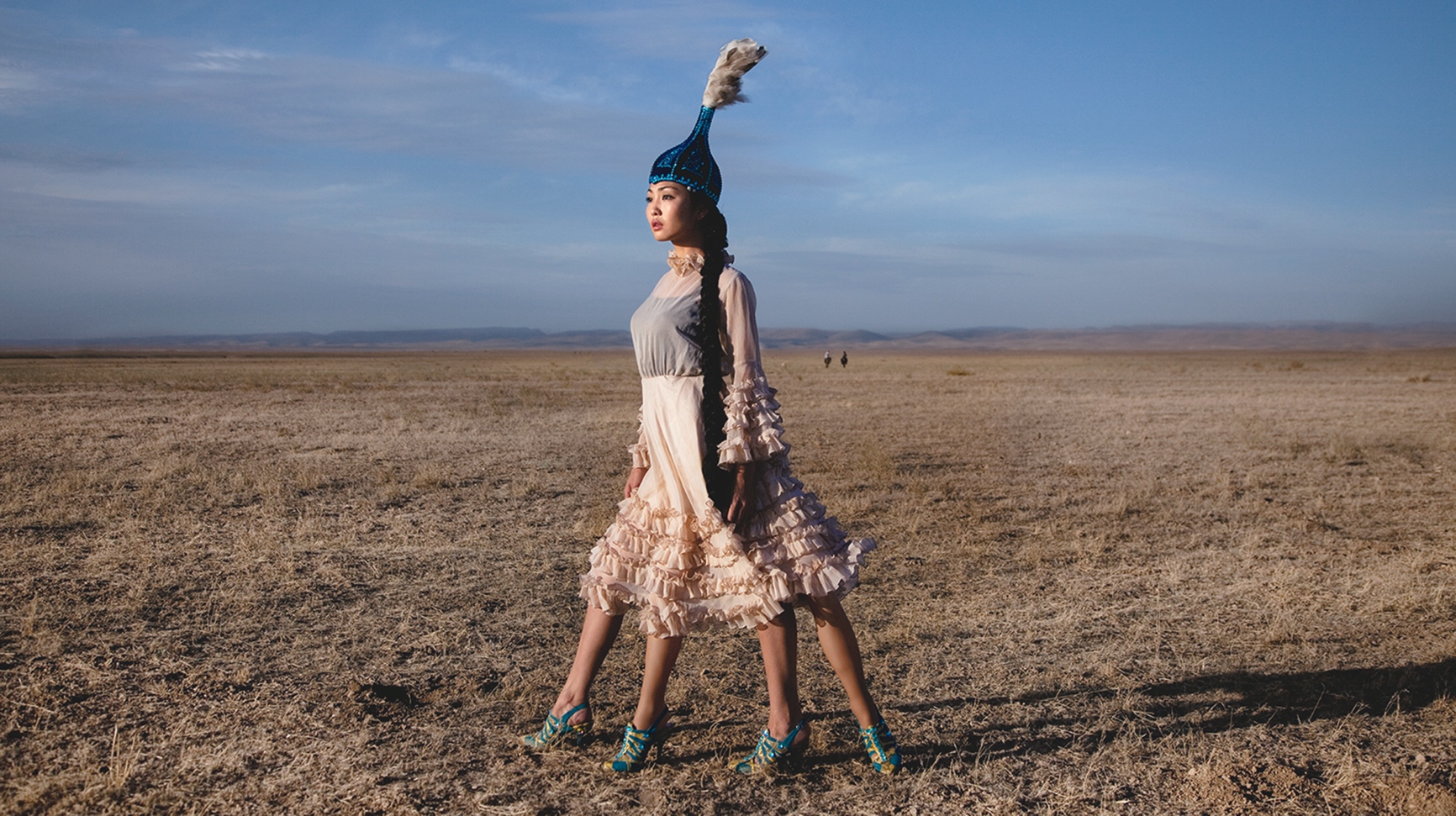 For their first project in the UK, Aspan Gallery present a duo exhibition by two of Central Asia’s most prominent contemporary artists, Almagul Menlibayeva and Yerbossyn Meldibekov.
The exhibition title, Almagul Menlibayeva: It’s Easy to Be a Line / Yerbossyn Meldibekov: It’s Difficult to Be a Point, comes from a phrase by an important Soviet avant-garde artist Sergey Kalmykov (1891-1967): “It’s difficult to be a point – it’s easy to be a line, as everything in our world is moving”. Kalmykov moved in the 1930s from Moscow to Almaty, where he was able to paint his imaginary parallel universes with fantastical creatures, far removed from the Socialist Realist constraints imposed by the Soviet State. Kalmykov was an important historical figure, and whilst under recognised, the fact of his existence itself had a tremendous impact on the development of the contemporary art scene in Central Asia.