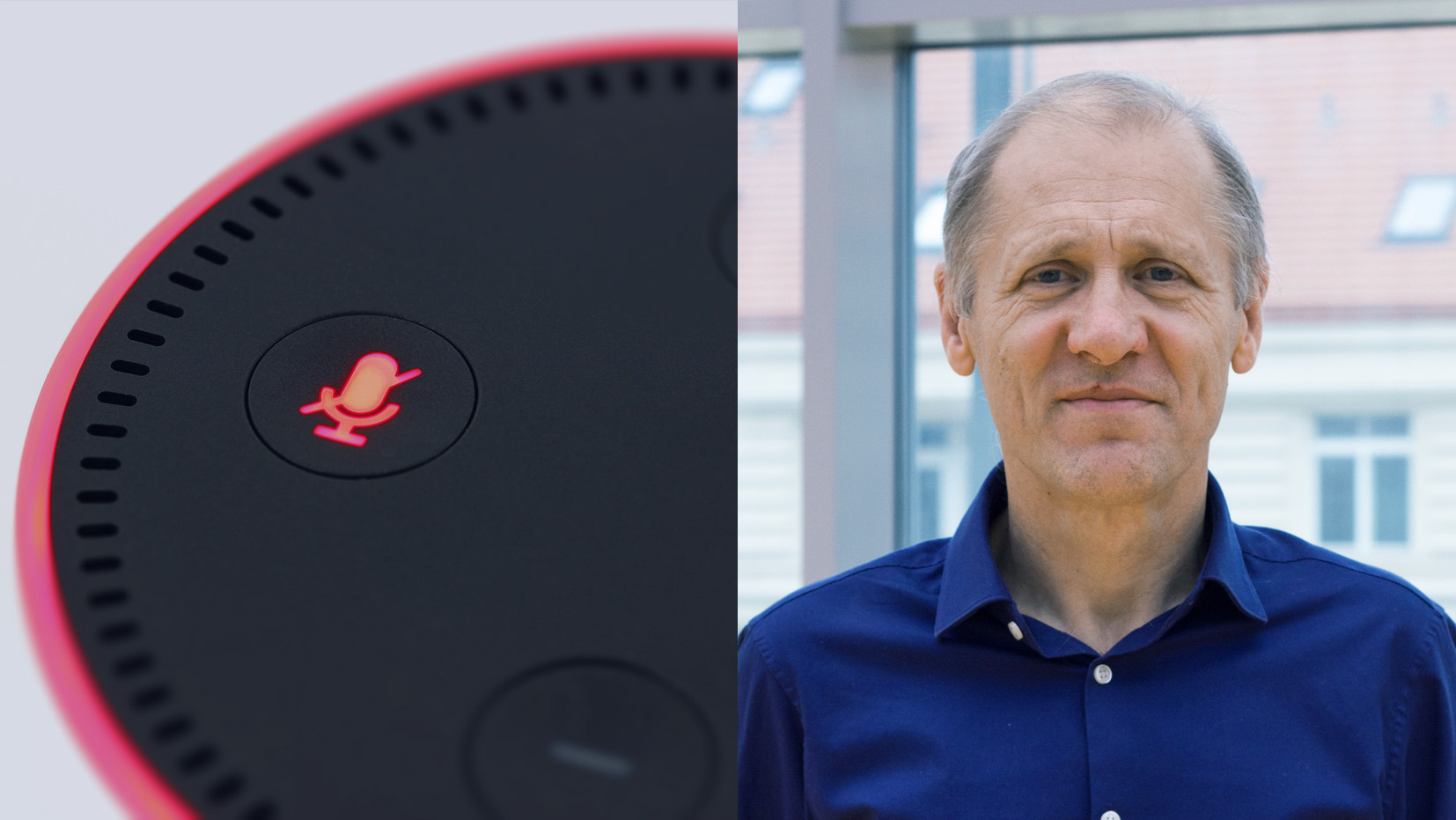 Intelligent speakers are now paving the way in the AI scene. Alquist, a social chatbot designed by the Czech Technical University team of students under the leadership of Jan Šedivý, has won second place twice in a row in the Amazon Alexa Prize competition, while beating more than a hundred international academic teams. Jan will briefly review the competition and its primary motivations but his main focus will be on the Alquist team’s expertise, which embraces several disciplines, such as Conversational AI, Dialogue Management, Linguistics, Audio design, Creative writing, and many more. Šedivý will also explain the development of the dialogues for favourite conversational topics. Finally he will discuss the plans of how to turn Alquist into a product.

The discussion after the presentation will be chaired by Dr. Michael Londesborough.

You can ask Jan Šedivý questions on the day via https://app.sli.do/event/oms7ylmq

Jan Šedivý
Jan Šedivý teaches at the Czech Technical University (CTU) Faculty of Electrical Engineering, and is the director of the CTU MediaLab Foundation. His team created the social bot Alquist and the YodaQA question answering system. He is currently focusing on developing conversational applications for healthcare. Jan writes about his work at the blog. He has worked at Google (2008-2010) as a Technical Lead/Manager and at the IBM T. J. Watson Research Centre as a research staff member (1992-2000) and Research Manager (2000-2008). He has also led many worldwide research and development projects. He was the principal designer of the IBM Embedded ViaVoice speech recognition application. Jan holds 19 US patents and his main areas of interest are AI, the programming language ML, Natural Language Understanding, and mobile, internet and cloud computing.

Organised in collaboration with the Faculty of Electronic Engineering, Czech Technical University in Prague.

Part of the AI SCIENCE CAFÉ SERIES 2020
Artificial Intelligence is the new phenomenon of the 21st century and has evolved out of the realm of science fiction and at best, a few technologically advanced minds and IT professionals, to everyday topics of discussion and one of the key drivers of the future progress of humankind. The objective of the AI Science Café series, which will consist of five presentations by high profile, world acclaimed experts, is to introduce, present and publicly discuss various topics that impact our professional as well as our personal lives. As AI topics clearly generate more questions than answers, the series will strive to unveil trends and expectations from the inevitable social and technological changes which the future will bring.

Part of the SCIENCE CAFÉ SERIES
Science Café is a series of popular science presentations and talks by the best Czech scientists and innovators of today presented by the Czech Centre London. Inspired by the phenomenon of Cafe Scientifique which was first established in the UK in 1998 and spread across the world as a place where anyone could come to discuss the latest ideas in science and technology over a cup of coffee or a glass of wine, Science Café is an informal forum for the discussion of current work and interesting scientific issues.