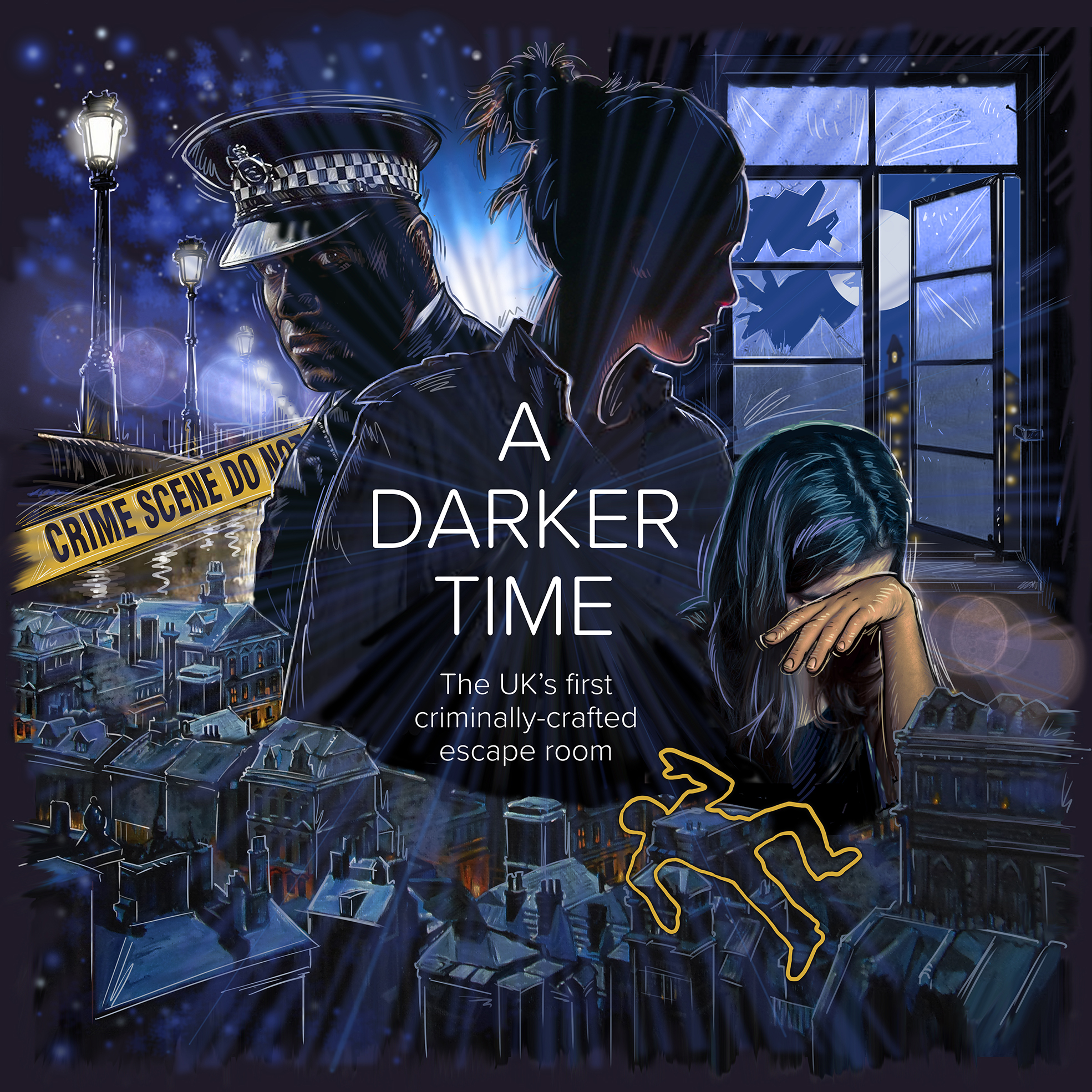 The UK’s first escape room designed by an ex-criminal, “A Darker Time”, is coming to London!

Working alongside ADT Fire & Security, Michael Fraser (ex-burglar and star of BBC’s “Beat the Burglar”) has created an escape room that will see budding investigators step into the shoes of a private detective to help solve the mystery around a not-so-ordinary burglary.

The escape room, which is launching at a secret London location on Thursday 31st October is inspired by events told in acclaimed crime-writer (Poirot) Sophie Hannah’s thrilling ‘edutainment’ novella “A Dark Time”.

Lee Jasper from ADT Fire & Security, comments: “As the nights get darker and people are more vulnerable to burglary, we feel that the nation need some extra education when it comes to home security. Not only will the public come along to our escape room and have a fun time, but they’ll also take away some worthwhile tips and tricks that they can put into practise in their own homes.

Whether people are lucky enough to win tickets or not, we’d encourage everyone to check their home security and make sure that it’s up to scratch, especially as we get deeper into autumn and the days get much shorter.”

Ex-burglar, Michael Fraser, TV’s best-known former burglar, adds: “This escape room is about people coming along and learning how they can better protect their homes. From piecing together clues to analysing evidence, participants will be thinking both like a burglar and a member of law enforcement.

“Those taking part will be getting one on one time with actors within the escape room, sifting through clues and trying to sort out the truth. It will be intense, thrilling and a test of mental endurance, but ultimately, people will come out knowing more about home security and how they can better protect themselves.”