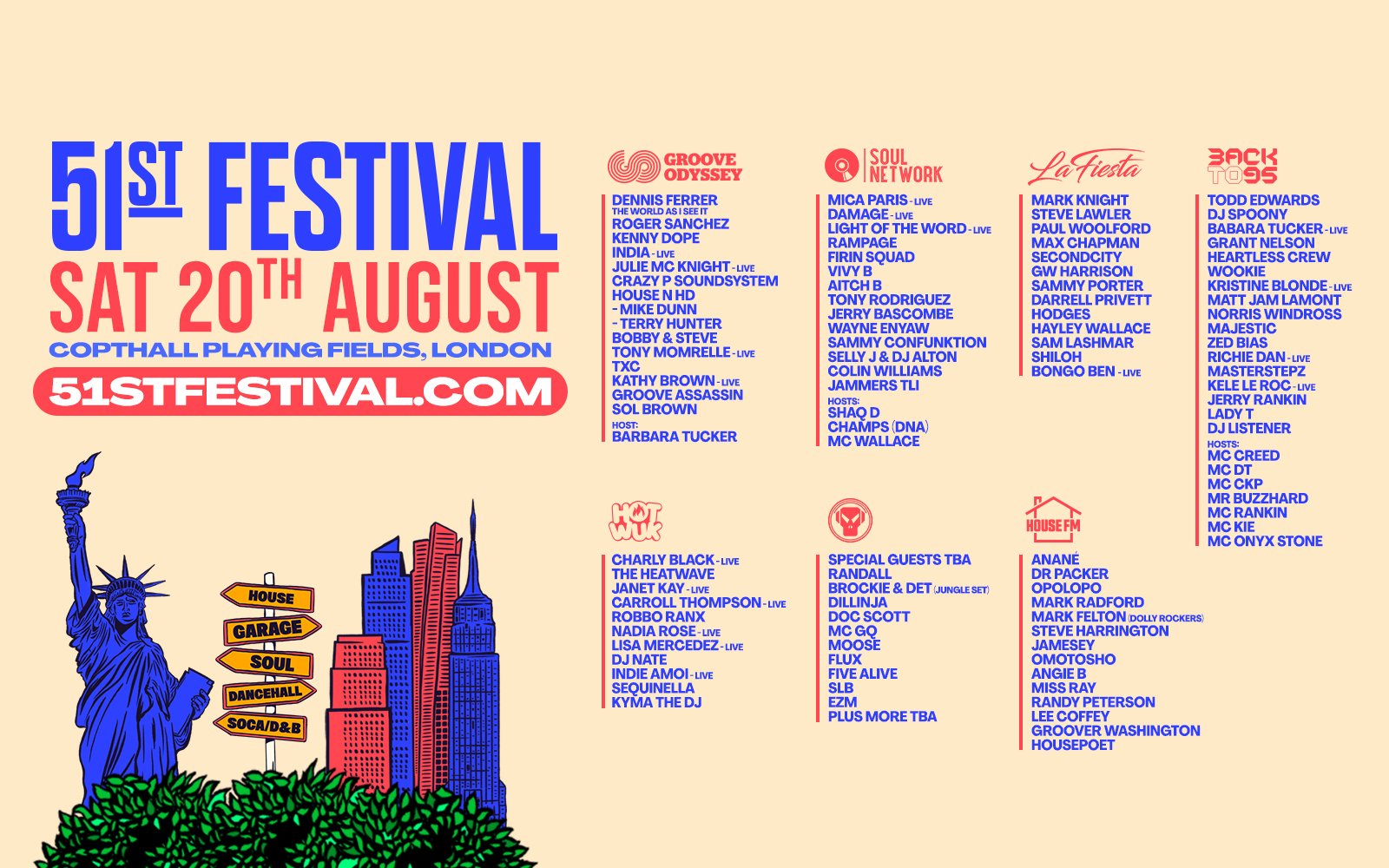 Showcasing the technicoloured heritage of dance music, the lineup features the likes of Dennis Ferrer, who is joined by some soon to be announced friends, Kenny Dope, one-half of trailblazing duo Masters at Work, and Grammy award-winning producer Roger Sanchez.

For fans of soulful sounds, three of dance music’s most iconic vocalists, India (Live), Barbara Tucker (Live) and Julie McKnight (Live) will be delivering euphoric sets, while UKG fans will be able to worship the altar of Todd ‘The God’ Edwards, as well as founding fathers DJ Spoony, Wookie, Matt Jam Lamont and Zed Bias.

With many surprises to come, 51st Festival promises to live up to its status as the standout day in the house and dance music calendar, with seven stages of the finest transatlantic sounds for its biggest event to date.