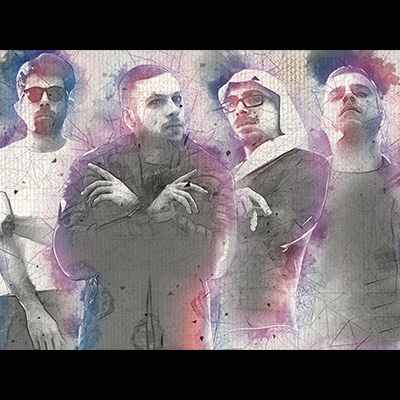 47SOUL
Returning from 3 US tours this year, a Tiny Desk concert and a new album in the pipeline, the trailblazing 4-piece are back to the capital for an anticipated full-length show. A powerful mix of traditional Palestinian street music combined with electronic beats, funk, hip-hop and rock, 47soul السبعة و أربعين has become one of the most promising acts from the Middle East (and a London favourite). Adding analogue synthesizers, hypnotic guitar lines, and stirring verses in both Arabic and English, their unique sound and stage dynamic has been selling out shows internationally

This event has been made possible with support from Al Araby TV.
————————————————————-
14+. Under 16s accompanied by 18+
The venue is wheelchair accessible.
————————————————————-
MARSM is an a London-based concert producer and organiser for alternative and underground Arabic music events in the UK. From Palestinian hip-hop to bass-heavy electronic nights, Egyptian indie-rock and everything in between, come follow the journey on http://www.marsm.co.uk.