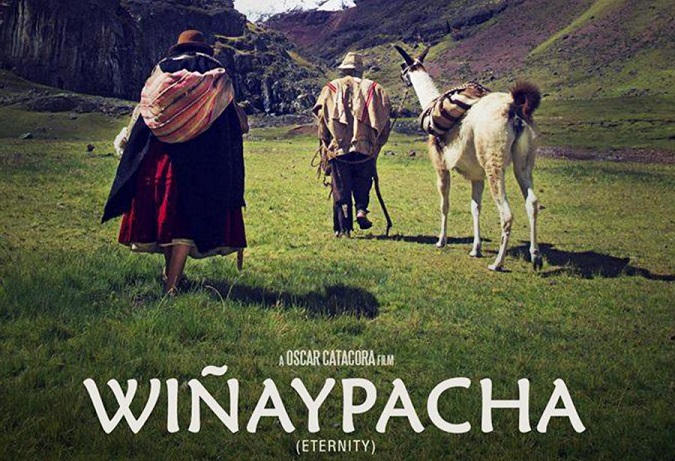 In partnership with Latin American House we curate a daytime programme to complement the in-house Spanish language classes for 4-12yr olds, with interactive Storytelling sessions and a selection of film and animation Shorts in Native languages with Spanish / English subtitles.

Nestled over 5,000 metres above sea level a day’s journey from the nearest town, the modest farmhouse near the peaks of the Andes is the only place Willka and Phaxsi have called home. Elderly, more than eighty years of age, but still mobile, the couple tends to their beloved herd of sheep as they live a near-solitary existence of subsistence, with only themselves and their animals for company. As the passage of time and circumstance leave their lives hanging in a fragile balance, the couple yearn for their long-absent son to return home from the city.

Wiñaypacha is a deeply emotional experience and features stunning cinematography. This landmark film is the first feature filmed entirely in the Aymara language and has swept awards at festivals around the world. The story of Willka and Phaxsi (Sun and Moon in Aymara) will touch your heart and soul.

Notes: Aymara is a testimonial language – the enunciation in the first person is inseparable from the whole and the environment. Language reinforces identity, culture and worldview and environmental awareness.

Music for LONDON posted an update 4 days, 21 hours ago