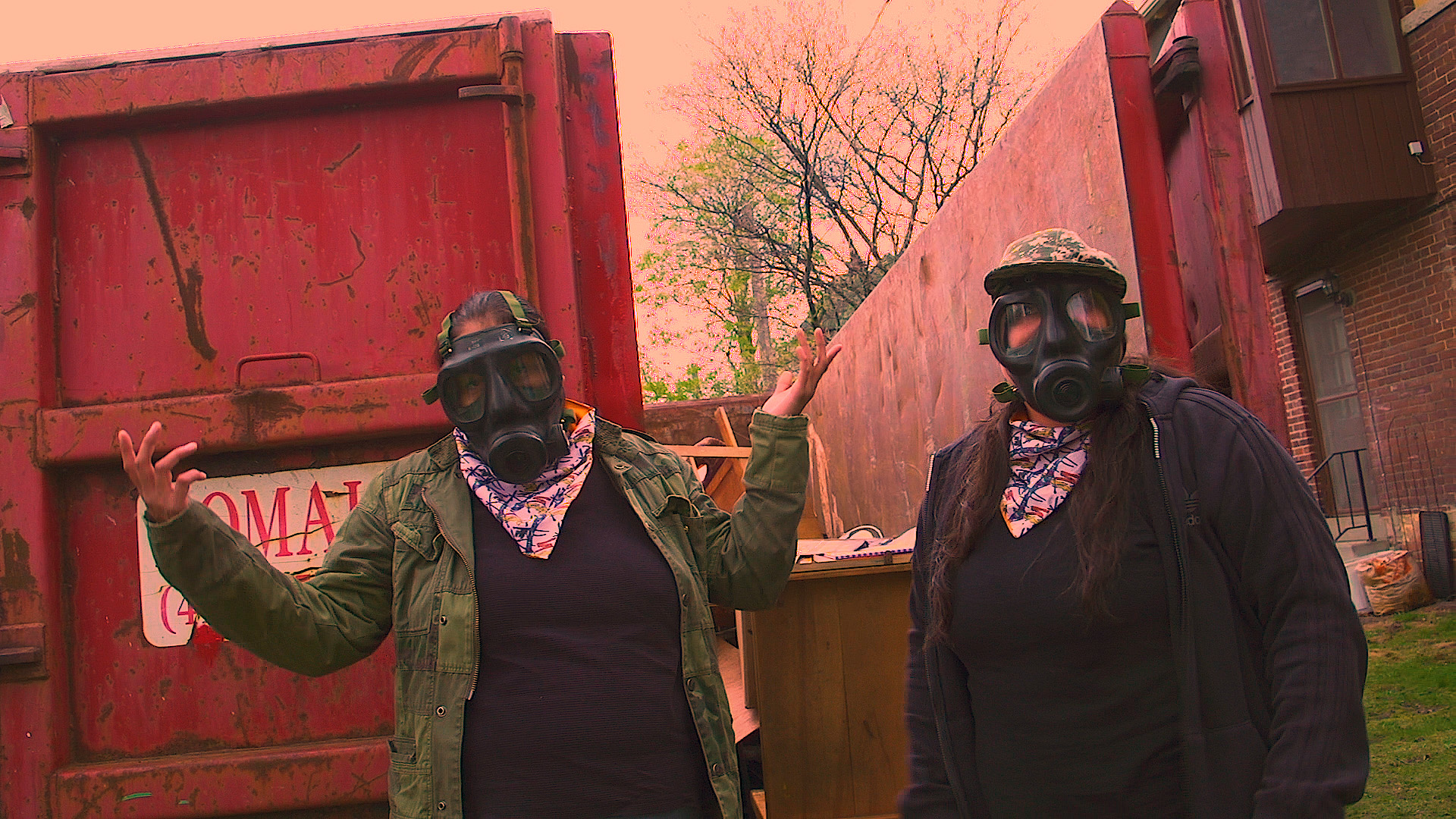 THIRZA CUTHAND AT THE HORSE HOSPITAL PRESENTS HER FILM RETROSPECTIVE FOLLOWED BY TALK
Thirza is an Whitney Biennial 2019 artist. A filmmaker and writer, of Plains Cree and Scots descent, a member of Little Pine First Nation, who currently resides in Toronto, Canada.

HELPLESS MAIDEN MAKES AN “I” STATEMENT 1999 | 6’
By using clips of evil queens/witches this video plays off the sadomasochistic lesboerotic subtexts commonly found in children’s entertainment. A helpless maiden is tiring of her consensual s/m relationship with her lover, and “evil” queen. She wants to break up. An impassioned monologue in a dungeon with our heroine in wrist cuffs quickly becomes an emotionally messy ending in flames.

SIGHT 2012 | 3’
Super 8 footage layered with Sharpie marked lines and circles obscuring the image illustrates the story of the filmmaker’s experience with temporary episodes of migraine related blindness and her cousin’s self induced blindness later in life. Paralleling the experience of Blindness with Mental Illness, Cuthand deftly elucidates that any of us could lose any of our abilities at any time.

JUST DANDY 2013 | 8’
Invited to speak at an Indigenous Revolutionary Meeting, the narrator describes an intimate encounter with an Evil Colonizing Queen which leads to Turtle Island’s contraction of an invasive European flora.

2 SPIRIT INTRODUCTORY SPECIAL $19.99 2015 | 5’
New to the 2 Spirit lifestyle? `Want to talk to someone in the Spirit and the Flesh instead of reading The Spirit and the Flesh? We have just the service for you! Call now and for only 19.99 a month you can get instant unlimited telephone access to traditional knowledge and support. We also provide monthly gifts for subscribers, call now and we can hook you up with this beaded whisk! Perfect for DIY spankings and pancakes the morning after your first snag! Don’t hesitate, ring those phones!

THIRZA CUTHAND IS AN INDIAN WITHIN THE MEANING OF THE INDIAN ACT
2017 | 9’
Contemplating mixed race identity in Canada, Cuthand presents us with images of blood ties and land ties for indigenous people, and questions the use of the words “white passing” and “light skinned.” As a light skinned indigenous woman, Cuthand reiterates that racism and discrimination still happen for her, just in different ways. Community belonging is contrasted with the difference experiences she has from her darker skinned family. Ultimately, a video with more questions than answers, it situates the artist’s body in historical trauma and ongoing colonial survival.

RECLAMATION 2018 | 13’
‘Reclamation’ is a documentary-style imagining of a post-dystopic future in Canada after massive climate change, wars, pollution, and the after effects of the large scale colonial project which has now destroyed the land. When Indigenous people are left behind after a massive exodus by primarily privileged white settlers who have moved to Mars, the original inhabitants of this land cope by trying to restore and rehabilitate the beautiful planet they belong to.

WARNING: ADULT CONTENT VIEWER DISCRETION ADVISED
LESS LETHAL FETISHES 2019 | 9’
Grappling with a latent gas mask fetish, Cuthand muses on art world political controversies, toxic emissions from the petrochemical Industry, and complicity in repression and pollution as an artist enmeshed in an art and film industry propped up by dirty funders.

We acknowledge the support of the Canada Council for the Arts

DISCUSSION Q&A with Thirza Cuthand and Iris Wakulenko, Associate Lecturer in documentary film at the University of Arts London and freelance filmmaker with subject areas of interest: women in film, Indigenous filmmaking, collaborative and ethical practice and emerging media.

Jules Koostachin 2018 | Cree, Canada | 15’
Ochiskwacho is a sacred being, known to many Indigenous people as a spiritual messenger. Kokoom, an elderly (spiritually ailing) two-spirit woman has to decide whether to stay with her grandchildren or follow the Ochiskwacho.

BIIDAABAN (THE DAWN COMES)
Amanda Strong 2018 | Michif, Canada | 19’
Gender-fluid Anishinaabeg youth collects sap ceremonially accompanied by a 10,000-year-old shapeshifting Sasquatch and friend known as Sabe, Biidaaban sets out on a mission to reclaim the ceremonial harvesting of sap from maple trees in an unwelcoming suburban neighbourhood of Ontario.