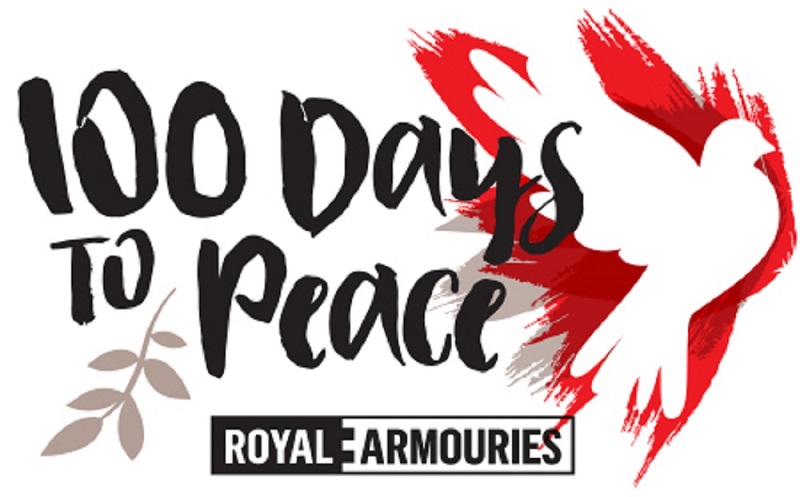 Join us for an evening of music and reflection to mark the centenary of the last 100 days of hostilities during the First World War.

The highlight of the evening’s programme will be Sir Karl Jenkins conducting his internationally acclaimed work The Armed Man: A Mass for Peace, performed by the Royal Choral Society and the Philharmonia Orchestra. This will be the only performance of ‘The Armed Man’ in England in 2018 to be conducted by Sir Karl himself.

The evening will be presented by Lesley Garrett CBE who will also be performing, alongside British mezzo-soprano Kathryn Rudge.

All proceeds from this event will go to three charities working to support military veterans facing mental health challenges: Help for Heroes, Combat Stress and Heads Together – The Royal Foundation’s campaign and mental health initiative.

At the end of the First World War many thousands of men returned home suffering from shell-shock. With minimal understanding of the condition, many did not benefit from the type of support which is increasingly available today. Although circumstances have changed significantly over the last 100 years, we are ever more aware of the number of veterans who continue to need support because they suffer from post-traumatic stress disorder, anxiety or depression.

As the national museum of arms and armour, the Royal Armouries tells the stories of the men and women who have been involved in and affected by combat throughout history. As music will be at the heart of this classical evening it is fitting that Sir Karl Jenkin’s will conduct his internationally acclaimed ‘The Armed Man: A Mass for Peace’ – originally commissioned by the Royal Armouries to mark the turn of the millennium to create a legacy of peace and hope for the future.

A better future
Chairman of the Royal Armouries, General the Lord Dannatt GBC CBE MC DL, comments: ‘Tragically, the First World War did not turn out to be ‘the war to end war’ but then, as now, by marking the centenary of the end of the last 100 days of hostilities with this commemorative concert, we can hope and pray for a better future. Part of that better future is helping those who have been affected by war and conflict.’

The London Library posted an update 5 days, 5 hours ago