Trooping the colour also known as the Queen’s Birthday is held every year. Occasionally it is on the queen’s actual birthday. In an article written by DAVID ELLIS by GO LONDON he states
Trooping the Colour, in layman’s terms, is the Queen’s birthday parade, which has taken place since 1748 .

Here is the article below:

Three intrinsically British words we all recognise and yet few of us really understand. What? When? Who? Why? Something royal, isn’t it? Well, yes. Let us explain.

Trooping the Colour, in layman’s terms, is the Queen’s birthday parade, which has taken place since 1748. It’s annual – birthdays tend to work like that – and, since the 1950s, has always fallen on the second Saturday of June, the monarch’s official celebration. This year, it takes place on June 9.

After travelling from Buckingham Palace to Horse Guards Parade, The Queen inspects around 2,000 members of the Household Division and Horse Guards, made up of 1,400 soldiers, 200 horses and 400 musicians, who give her Majesty the royal salute. Then the Colour is Trooped – that is, a regimental flag (the ‘Colour’) is paraded (‘Trooped’) in front of the Queen. Though the flag changes yearly, it always come from one of Five Foot Guards regiments, either the Scots, Welsh, Irish, Grenadier and Coldstream guards. This year the 1st Battalion of the Irish Guards will be providing the Colour, the first time they have done so since 2009. Their Colonel is Prince William, who took the position in 2011.  Back in the 1700s, the flag would be shown off so all troops would recognise it in battle.

This parade is not a simple wave and ‘what ho!’, though: it’s an extravagant display of military prowess, involving 113 commands, and following strict timings. Troops begin to form at 9.15am, but things begin properly at 10.45am when the Queen leaves Buckingham Palace to begin her grand birthday parade down to Horse Guards Parade, which she reaches at 11am. Her Majesty then reviews the soldiers before heading back to the palace. At 12.52pm, there is a cannonade of artillery, followed by a Fly Past over Buckingham Palace by the Royal Airforce.   TOP ARTICLES1/5READ MORER Kelly breaks down in tears and explodes withanger as he denies sex abuse in extraordinary interview

Until 1987, the Queen rode alongside the guards – including in 1981, when Marcus Sarjeant fired six blank shots at her, later being charged with treason – but now watches the entire parade from a carriage. Her Majesty has attended the event every year bar one since taking the throne in 1953: in 1955, a National Rail strike meant the entire event was cancelled.

Trooping the Colour is taken extremely seriously every year, with troops taking up to 12 hours to prepare their uniforms and reported 1200 pots of polish used each year. The streets also need taking care of: a team of road sweepers is employed by the Royal Parks to clear up after the horses, which can leave up to 4.5 tons of manure behind during the event.

Things kick off properly from around 10.30am, and will be broadcast live on BBC One. For those who want to watch in person, try lining the Mall or head up to the end of St James’s Park which looks over Horse Guards Parade, or pick up a standing ticket for £2. Tickets to watch from the stand at Horse Guards Parade finish going on sale on March 1. 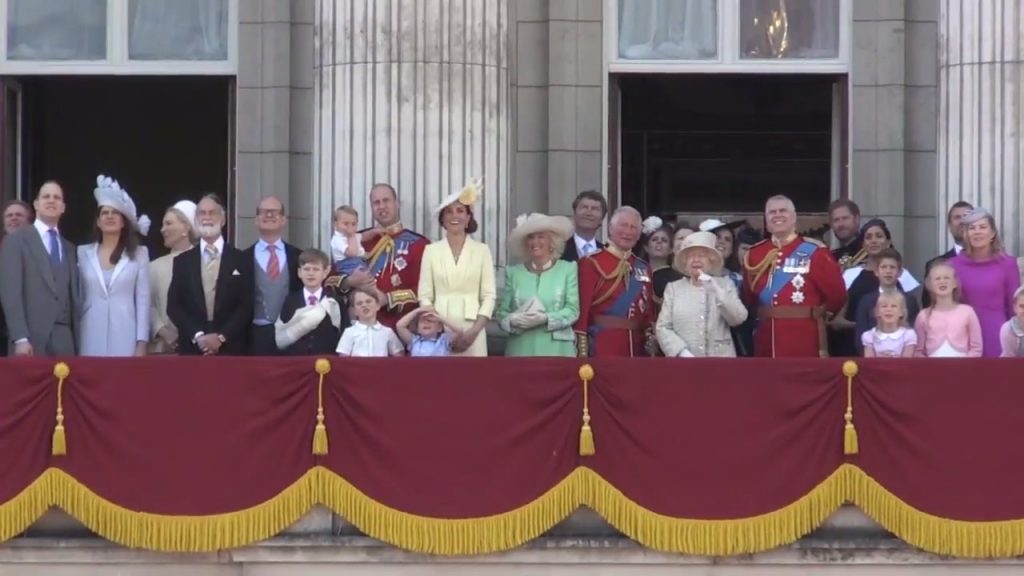 Trooping the colours article written by Express.com  talks about Meghan Markle’s first time at the scene. Take a look Article taken from : https://www.express.co.uk/news/royal/1139348/Meghan-Markle-mother-doria-Trooping-the-Colour-royal-family-latest&hellip;