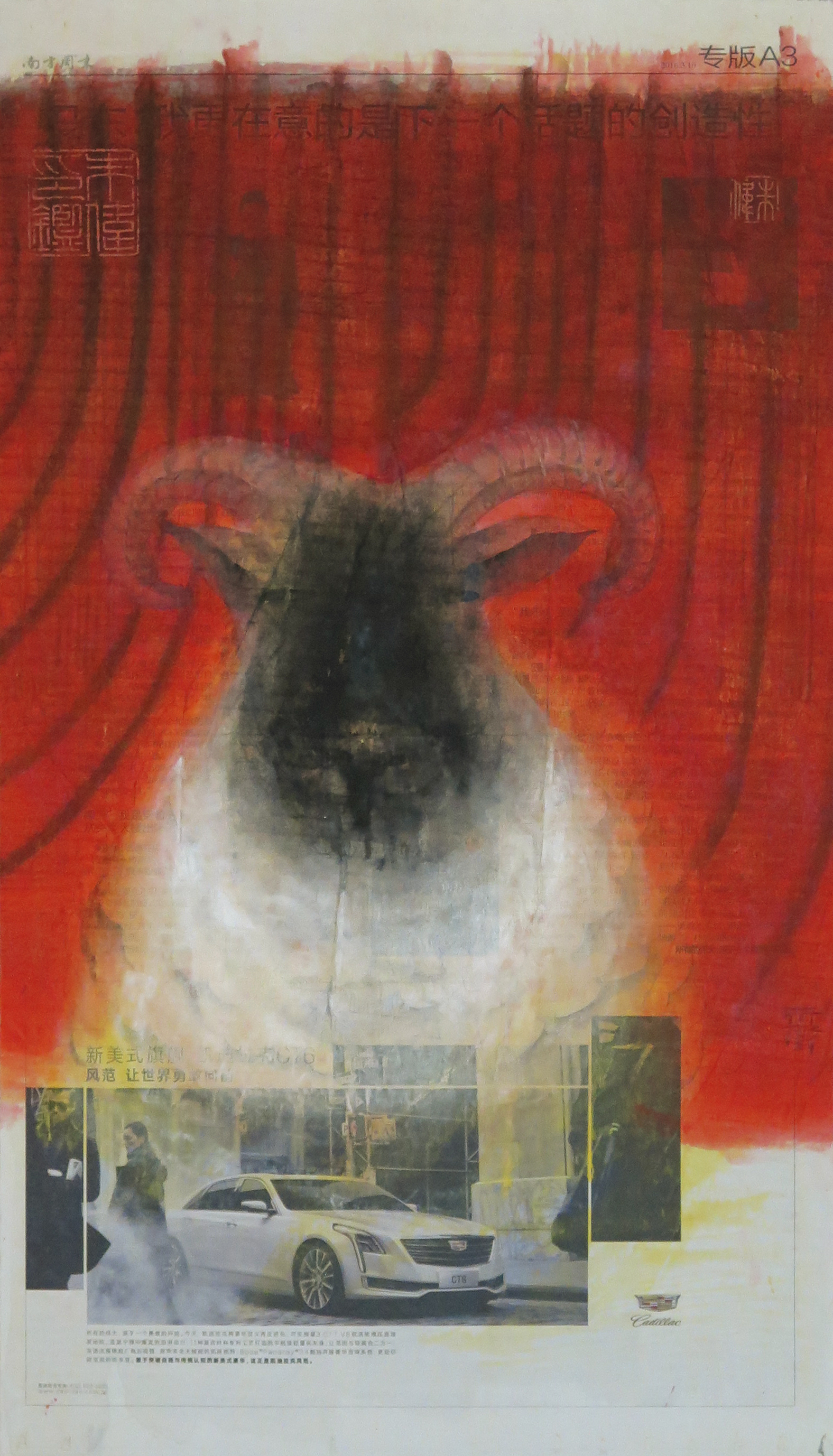 Kristin Hjellegjerde is delighted to announce the first-ever European solo exhibition of one of China’s best-known contemporary artists, Zhu Wei. His characteristic style of blending traditional ink painting techniques with contemporary socio-political themes and sensibilities has put him at the forefront of the post-Tiananmen period of Chinese art, and is instantly recognisable for its own unique visual language.

In Virtual Focus (8th of February–24th of March 2018), the gallery will present a selection of works from one of Wei’s best-known ongoing series, The Ink and Wash Research Lecture Series, which he first began in 2005. In it, he explores the many social and economic changes that have taken place in China over the past three decades.

As a social commentator and something of a “Beijing urban hermit”, in the words of writer and filmmaker Geremie R Barmé, Zhu creates his cartoon-like works out of a secluded studio in the northwest suburbs of the city. Spanning many art schools and styles and yet fully belonging to none, he creates his own visual reality. This acts as a third space in which childhood memories, real life experiences and social observations are broken down and reconstructed through the customary motifs of the Chinese court paintings of the Song dynasty.

The ubiquitous red curtain that appears as the backdrop to The Ink and Wash Research Lecture Series is nearly as important as the subjects themselves. For beyond the obvious communist allusion, it also touches on Chinese symbolism, for red, after all, is the colour of joy and is believed to bring good luck. The curtain first made an appearance in Zhu’s work over a decade ago, and is now a hallmark of the series.

In fact, this curtain plays a double role, not only revealing Zhu’s exquisite mastery of the brush, but creating an abstract backdrop that allows the eyes to focus fully on the people and objects in the foreground. The juxtaposition of the ancient and modern, the brightly coloured background and the bland expressions of the people he paints, the traditional Chinese tunic suits and the disconnected, dull expressions present people almost weighed down by circumstance. They become portraits, as it were, of an era.

This is no coincidence, for Zhu is concerned with the ongoing change in his native country, explaining previously that “although people today are compelled by ongoing massive economic developments – every family has a mortgage, an ugly car, pop music and jazz, a computer, cell phone and the Internet – yet the foundation of this society remains completely unchanged, and [all this development] has possibly even led to further fortifications. This is the current social situation of china, and it makes people feel helpless.”

As such, The Ink and Wash Research Lecture Series is a reflection on tradition. It uses the techniques of ink painting to examine the malaise of a contemporary society, a place in which the government and the individual exist perpetually at odds. These almost generic figures are the receivers of what he refers to as “stability maintenance” – a government trying to create ever more compliant behaviour in its citizens in the bid for social unity. People become resigned to the status quo, pawns in a ruthlessly developing industrial powerhouse. In the words of Chinese art expert Britta Erickson, “people each have a role to play, and they are resigned to accept it even though in doing so they subject themselves to the ongoing and widely shared stress of life without self-determination.”