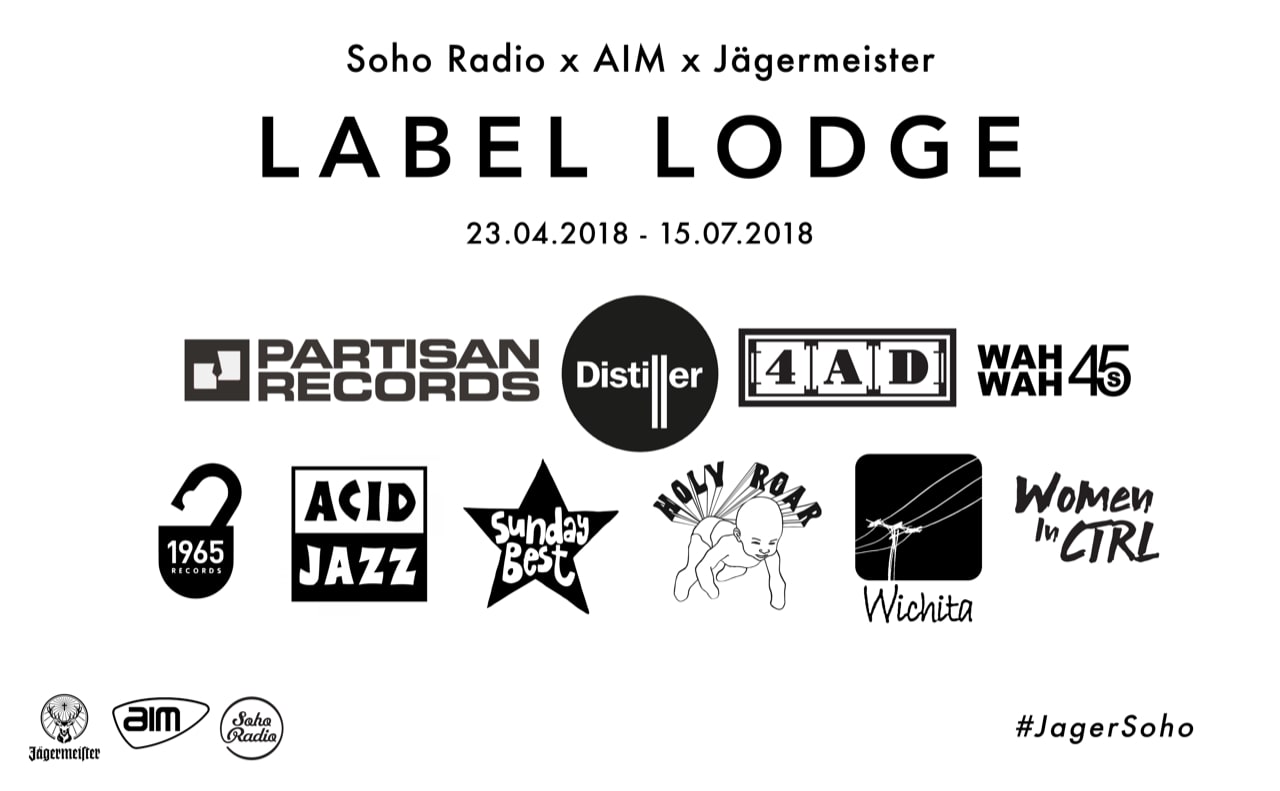 Jäger Soho, the collaborative music space created by Jägermeister and Soho Radio, has announced the return of the Association of Independent Music (AIM) residency, The Label Lodge. Following its successful debut last year, The Label Lodge will run for three months, and feature weekly pop-up residencies from some of the UK’s finest independent labels including; 4AD, Sunday Best, Holy Roar, Wichita, Partisan and Wah Wah 45s.

Each label will curate the Jäger Soho space for one week, celebrating and promoting their artists and forthcoming releases. The residencies will incorporate: live performances and signings with featured independent artists, show takeovers on Soho Radio, workshops, and a pop-up shop retailing branded merchandise, records and more.

The Label Lodge is a collaboration of Soho Radio, AIM & Jägermeister, for more information on events, artist announcements, scheduled performances and residency details for The Label Lodge visit the Soho Radio website, the AIM website, or keep an eye on #JagerSoho on Twitter.